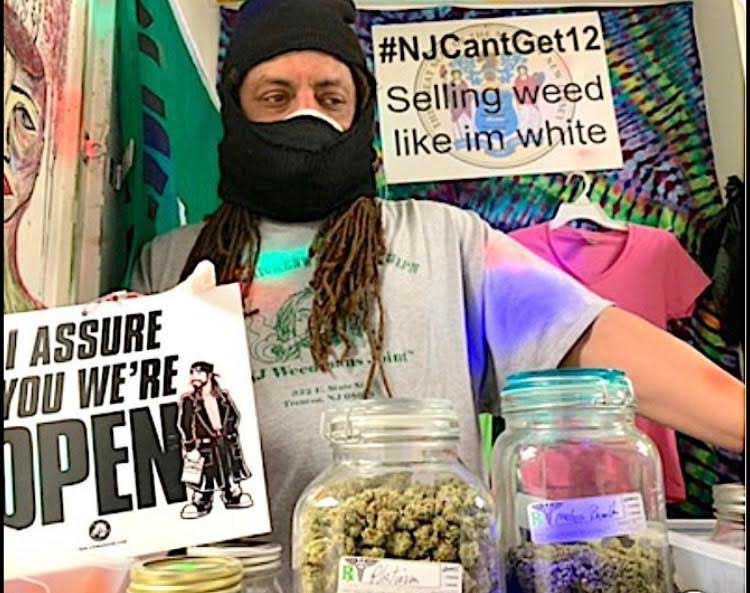 NJWeedman wants the state to open its dispensary licensing process and have regulations that the small ‘retailer’ of weed can both afford and understand. His desire is to have people of color who were the victims of cannabis persecution be able to open their own small stores. He believes the regulations will prevent this and calls it the “Walmartization of Weed” and he wants the little guy who was selling (illegally) over the years to have the opportunity to be included. He’s not wrong, at least in this writer’s eyes.

It’s not just New Jersey. Too many of the states where cannabis has been legalized. have made regulations that make it easier for the “big guys” to come in (the “Walmartization”) and take over the industry. They can hire teams of lawyers to follow the regulations and just ignore the little guys who are just trying to make a living. The problem with this is the systemic racism it engenders.

NJWeedman also owns a 420 friendly restaurant that has a diner feel to it and I want to eat there!!! Also, here’s an article in Cannabis Culture about NJWeedman and what he’s doing to try to stop the state of New Jersey from cutting out the little guys who just want to start a little pot shop. LIke a little liquor store or wine shop.

We need this to happen nationally. I prefer to call it the “Galloization” of the weed market, but it’s the same. Big brands and big stores can destroy the little guy. What they need to know is they can both thrive together in a well run and regulated marketplace. For the state of New Jersey’s part, they’re claiming to be open to smaller operators. But…if they make the regulations too onerous and the licensing fees too high, they’re going to be in hot water with those who are supporting the illicit trade in cannabis.