Jewish Ritual & Cannabis: What Went on 2500 Years Ago? 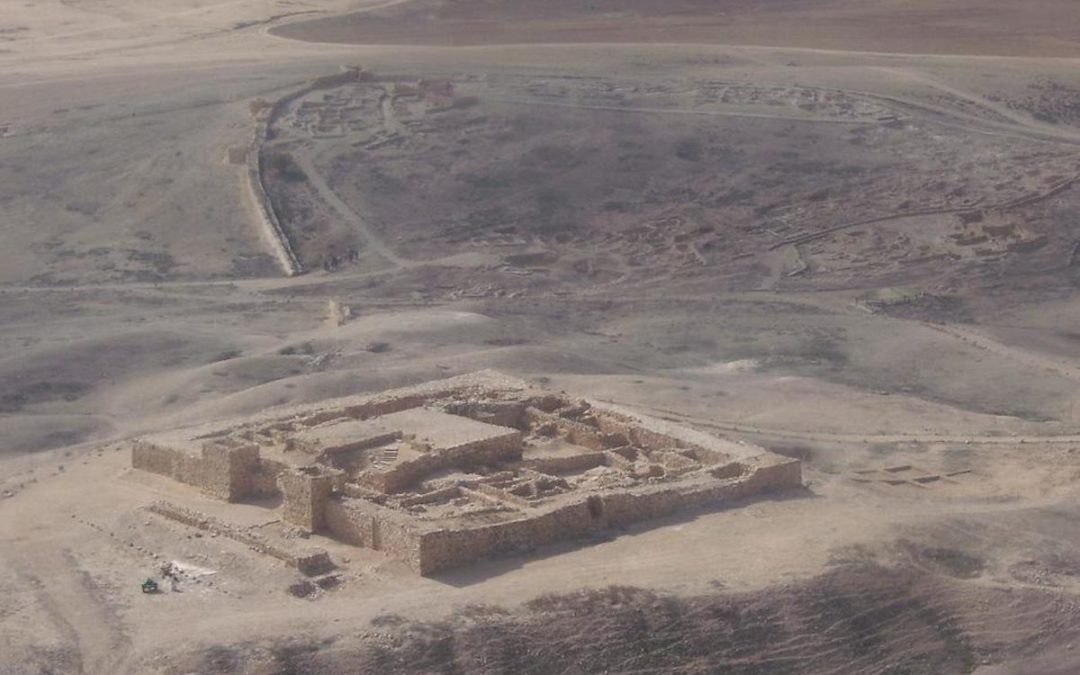 An ancient temple with two altars was discovered at what is now called the Judahite Fortress at Tel Arad in the Negev desert. Inside the fortress, archeologists found a structure that was used for religious practices. There were 2 altars in the temple. Discovered in the 1960s, Tel Arad the archeologists noted at the time both altars had residue on them. The residue wasn’t analyzed at the time of discovery because instruments were not sensitive enough. Now we have mass spectrometers to identify the residue compounds. These new devices allowed archeologists to determine the residue on the altars included THC.

New Finding from an Old Dig

Saying there’s cannabis residue on a “Jewish” altar from 2500 years ago might sound cool, but that statement misses something important. The Jewish rituals of 2500 years ago were certainly different from today’s practice of Judaism. We don’t know what those practices exactly were, but we do know they were different from today’s, except for one thing; monotheism. The Jewish religion differed from most other religions in a belief in one god. Not one major god with other minor gods, but one god. Only one.

Was Cannabis Really Used to Get High During Rituals?

We don’t really know whether the attendees at the rites in this temple or generally in Jewish practice of the time got high. Judaic practice 2500 years ago has little to do with Judaic practice today. The Torah, the central book in the practice of Judaism was written about 3300 years ago, probably was part of the ritual somehow. It was handed down to Moses, supposedly at Mount Sinai. It was probably written while the Jewish people were in exile in Babylonia, about 3800 years ago. That would make authorship of the first five books of the bible in around 1300 BCE. Cannabis is mentioned in the bible as well. So we truly don’t know if the plant was used to get high during the rituals of the time.

Surprisingly, the modern Hebrew word for cannabis is pronounced ca-na-bos and that comes from an even older word, KaNeH BoSeM, which means fragrant reed. It’s mentioned in Exodus it’s mentioned as an ingredient in an anointing oil where the ingredients are spelled out. From this, we can gather that cannabis was a salve used by the ancient Jews.

Through all of this you might wonder, is cannabis kosher? It’s a plant, so yes it is. Kosher food can be a little intimidating to folks. But it’s actually quite simple at the basic level. There are three classes of food in kosher cooking; meat, dairy and pareve. Meat and dairy are never mixed together. All plants fall into a category of pareve foods. So do eggs and fish. Pareve can be mixed with meat or dairy. So yes, cannabis is kosher. It’s a plant. To my way of thinking, in order for plants to be kosher, they should be organic and they should be non-GMO. And if you need an official blessing to know that cannabis is really kosher, here’s a short video of the chief rabbi in Israel blessing a marijuana plant for Passover, so not only is cannabis kosher it’s also kosher for Passover! Amazing.

Some organizations like Chabad have an official position that cannabis is not good for you. Their views go back to the 1970s and are outdated and misinformed. The views in our society have changed considerably, both socially and scientifically, since the 1970s, so I’d take the view with a grain of salt. Not to say it’s 100% uninformed, as their views on the ‘kosher-ness’ of cannabis have a great deal of validity.

It does get complicated though. If you smoke your marijuana, there is no kosher about it. Kosher is about the foods you consume. Smoking, while consuming, doesn’t go into your stomach and that’s what Kosher is about. But if you take cannabis for medical reasons, and we all have ‘medical’ reasons for consuming cannabis, and it’s in pill form, then you should be concerned about how the cannabis is packaged. If it’s packaged with pork products or shellfish products, then it can’t be Kosher. But if you’re taking the pill for a true medical condition, then you can get a pass on the Kosher-ness of the pill. Like most Jewish law, it’s complicated.

While we don’t know exactly what the fragrant reed was used for back in those days of antiquity, I’m going to make a WAG (wild ass guess) that if it was known, some people used it to get high. This is pure conjecture, but give me a break. If you have a plant and you know it does something good to you, some people are going to avail themselves to the use of the plant.