Why the sex life of a cannabis seed matters

When growing for consumption, it’s important to raise female plants, not males. | Photo by Rachel Weill

Which, really, is reason enough for me to want to grow weed. It’s the only crop I’ve ever grown that needs this sort of attention, and I find that fascinating.

It’s thrown around as indisputable truth that a healthy harvest depends on a male-free crop. One male plant can mess the whole thing up, they’ll say. You’ll get — shudder — seeds!

But hold up. When I smoked weed in high school, there were puh-lenty of seeds and we did just fine. I mean, we called that stuff schwag as opposed to dank (oh my god, I hate high school Johanna!). But still — it got the job done. When did seeds become the devil in pot?

Long before my high school days, it turns out. Seedless pot, known as sinsemilla (derived from Spanish “without seeds”) showed up in the 1970s. There’s debate about where it started, but the technique of removing male seedlings and growing a crop of exclusively unpollinated female flowers revolutionized cultivation in the U.S. Seed-free weed was the hallmark of domestic production. So if anything, it just means I was smoking imported weed in my youth.

Beyond being a nuisance, there’s some scientific thought (just thought, not studies yet) that yield and potency might also diminish with males in the mix. For one thing, the female plant makes all those cannabinoids to protect itself from pests. But once fertilized, she’ll do anything to protect that seed, and making cannabinoids wanes in importance.

As I wrote several weeks ago, I opted against feminized seeds, for I thought that the only way to sex plants, as it’s so amazingly called, was to let them start to flower and see whether I could learn to identify male from female.

I was wrong. There are a number of labs that will sex your plants just days after gemination – none better known and more consistent than Phylos Bioscience. The startup in Portland, Ore., sells a four-pack kit for $60. 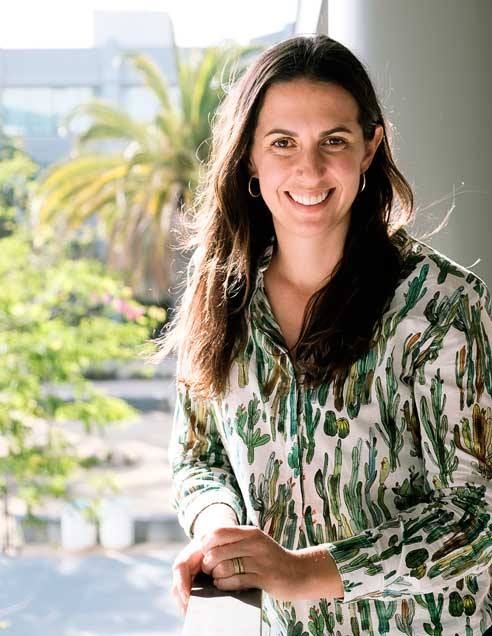 The instructions are simple: Press a cotyledon leaf (those rounded embryonic leaves that sprout before the first true leaves) onto special filter paper and mail the sample into the lab. Basically, you use tweezers to pinch samples then use a pestle to mash them against paper. It’s simple. And it also feels so awesomely scientific.

Next, mail the cards back to the lab. No worries: You’re not mailing THC across state lines. Cotelydon leaves are the only part of the plant with no THC whatsoever, and the entire process is designed to comply with the federal Controlled Substances Act. In 48 hours, you’ll get your results – male, female or male* (the asterisk essentially means something went wrong and you should probably toss the plant or watch it very closely).

I’ll probably keep a male. I still want to add plant sexing to my skill set; I’ll be able to compare any male with the females, once they flower. Also, maybe I’ll get crazy and do my own backyard breeding. Or, you know, weave my own hemp necklace, something I’ve not worn since my schwag/dank days.

——————-­———————­———-
The Green Thumb series
Want to jump-start your cannabis garden? This four-part series by Johanna Silver, the former garden editor of Sunset magazine, follows her horticultural experiment growing cannabis from seeds. Read installments of her Green Thumb series on www.greenstate.com.
Week 1: Why I’m growing cannabis in my yard.
Week 2: How to select seeds.
Week 3: The super-simple guide to starting seeds.
This week: How to sex your seeds: male vs. female.
——————-­———————­———-
Takeaway: Sexing your plants
Faster plant sexing: Identify Y chromosomes from DNA rather than waiting for flowering structures to appear. Order kits from www.phylosbioscience­.com. A four-pack costs $60, but prices decrease as you buy more. Do this to avoid pouring time, money and resources into male seedlings.

The post Why the sex life of a cannabis seed matters appeared first on GreenState.