128 Million People about to Gain Access to Legal Pot: What it Means for Marijuana Stocks 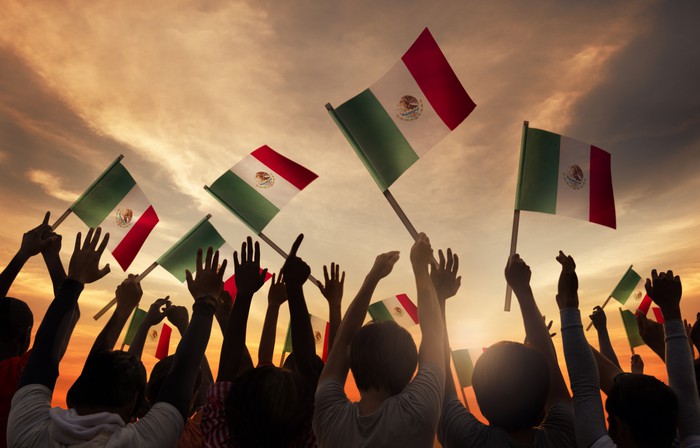 Original Post: 420 Intel Business: 128 Million People about to Gain Access to Legal Pot: What it Means for Marijuana Stocks

[Canniseur: Mexico has it right. Their draft legislation is geared towards keeping Mexican cannabis businesses smaller. The guidelines set forth discourage big business from entering Mexico’s legal cannabis market. This has all the promise of supporting a thriving craft cannabis market in Mexico.]

But very soon another 128 million or so people will gain access to legal marijuana. Legislators in Mexico are finalizing regulations to make marijuana legal. The legislative effort came after the country’s Supreme Court ruled last year that Mexico’s ban on recreational pot was unconstitutional.

The time is rapidly approaching for the federally legal global marijuana market to more than quadruple. What does this mean for marijuana stocks?

What’s in the draft legislation

At least for now, Mexico’s regulations for legalized marijuana aren’t finalized. However, a document on the Mexican Senate’s website appears to be the draft legislation that’s potentially on the road to approval. This document outlines several key aspects of the country’s plans for legalizing marijuana.

Perhaps most importantly, a new entity called the Mexican Cannabis Institute would be created to oversee the implementation of marijuana legalization in the country. This institute must be established by Jan. 1, 2021, at the latest. With this relatively lengthy period for the Mexican Cannabis Institute to be up and running, it could take longer for marijuana to be legalized than many anticipated when the Mexican Supreme Court made its ruling last year.

One key function for the Mexican Cannabis Institute is to issue licenses for four types of businesses: cultivation, sale, transformation, import/export of cannabis. But there are a few catches with these licenses.

A single entity won’t be able to hold more than one license for a given type. In other words, vertical integration where one company is involved in cannabis cultivation and retail sales won’t be allowed.

However, one entity can have multiple licenses within a single type, with the institute to establish the maximum number of licenses permitted with the exception of retail licenses — the proposed legislation includes a maximum limit of three. Importantly, the draft regulations don’t allow licenses to be transferred in any way.

In addition, the kinds of products allowed to be sold will be limited. Cannabis-infused beverages and edibles won’t be allowed in the recreational market but are permissible as medical products. Cannabis cosmetic products won’t be allowed, either.

These proposed rules appear to present some major obstacles for major Canadian or U.S. cannabis producers in expanding into the Mexican market. Winning in Mexico could prove to be very difficult.

Both companies, along with well-known U.S. cannabis retailer MedMen (OTC:MMNFF), also have business models that rely on owning and operating a relatively large number of retail stores. But Mexico’s proposed limit of the number of retail licenses to only three per license holder would mean that significant retail operations are out of the question.

Canopy Growth (NYSE:CGC) surely hoped to be able to launch cannabis-infused beverages in the Mexican market. But the restriction of these products for only medical use is likely to throw a wet blanket on any plans along these lines.

And none of the big Canadian or U.S. companies will be able to buy their way into the Mexican marijuana market after licenses are granted. The prohibition on transferring licenses ensures that this won’t be a viable option.

Still, there are some marijuana stocks that could be winners when the large Mexican marijuana market opens for business. I’d put Aurora Cannabis (NYSE:ACB) at the top of the list.

Aurora acquired Farmacias Magistrales S.A. last year. Farmacias was the first federally licensed importer of cannabis containing THC in Mexico. You can bet that it will try to secure licenses in the new legal marijuana market that’s on the way and will probably have a good chance of winning at least one license.

Canopy Growth could also still have a good shot at the Mexican market. The company already has significant Latin American operations in Colombia and Peru. Canopy has hinted in the past that it was keeping a close eye on developments in Mexico. Look for the company to make a move when the country’s regulations permit.

But with the limitations that appear to be on the way, it seems clear that Mexico doesn’t want its legal recreational marijuana market to be dominated by companies from other countries. Don’t count on the quadrupling of the legal recreational marijuana opportunity resulting from Mexican legalization to dramatically change the fortunes for Aurora and Canopy Growth anytime soon.

Original Post: 420 Intel Business: 128 Million People about to Gain Access to Legal Pot: What it Means for Marijuana Stocks