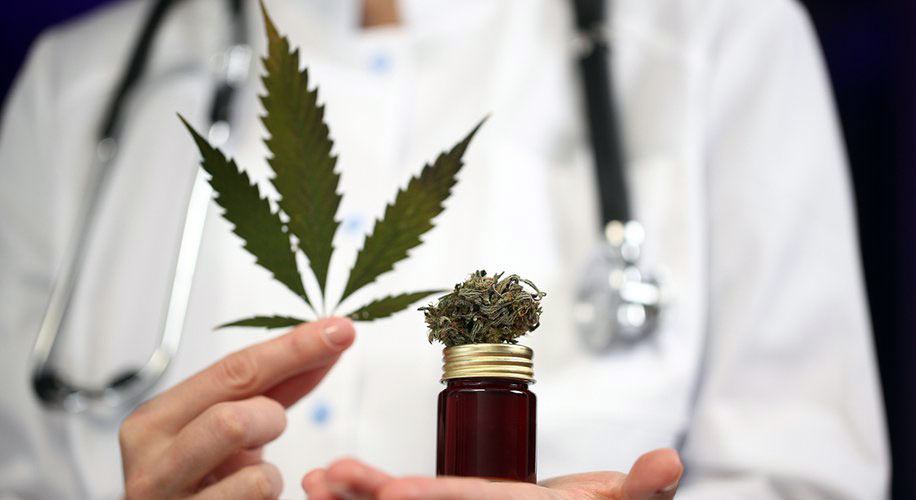 [Canniseur: Medical doctors tend to stick their heads in the sand and not keep current on many of today’s current medical affairs. They tend to be stay with old and outdated modalities (good fats, sugar feeding cancers, probiotics & prebiotics, etc). It’s great that questions are being generated. Perhaps one year, medical schools will step up to the task of teaching about medical marijuana.]

I had always heard it was difficult, if not impossible, to die from marijuana use. We hardly learned about marijuana during medical school, and I don’t remember many questions about marijuana on our licensing examinations that went beyond redness of the eyes. Why focus on marijuana when physicians must worry about medical emergencies such as cardiac arrests, sepsis, pulmonary embolisms, opioid overdoses, and alcohol withdrawal?

Just a few years later, marijuana seems ubiquitous. Ten US states have legalized recreational marijuana use among adults, and 33 states have legalized medical marijuana use. A majority of Americans live in states that allow for some degree of marijuana use. In California, where medical and recreational marijuana use is legal under state law, I drive to work past billboards advertising home delivery services for marijuana. Within blocks of my apartment, 3 dispensaries offer marijuana buds, vape pens, oils, cookies, brownies, and gummies with varying degrees of tetrahydrocannabinol (THC) and cannabidiol. Marijuana has become an inescapable part of my medical training, and most of my learning has come from patients.

In the emergency department, I’ve come to expect that results of urine drug screens will be positive for THC, whether the patient is 18 years old or 80 years old. When I review medications at the bedside, some patients and families hold out THC gummies or cannabidiol capsules, explaining dosages or ratios of ingredients used to treat symptoms, including pain, insomnia, nausea, or poor appetite. Other patients come to the hospital after having panic attacks or psychotic symptoms; we have to manage their distress and parse out whether marijuana use seems to be playing a part.

On inpatient units, there are patients who ask to use marijuana products for various conditions like they do at home. I have seen patients who have smuggled marijuana into the hospital and smoked in their rooms. Patients tell my coworkers and me about recent marijuana trends, such as using “wax” or “shatter,” concentrated extracts that are highly potent and poorly understood. Heavy marijuana users who abruptly stop using when they enter the hospital sometimes experience withdrawal symptoms including sleep disturbances and restlessness.

Marijuana use is prevalent both in states where it is legal to some degree and in states where it is not.1 However, evidence suggests that many physicians may be unprepared for this reality. In 2016 surveys, just 9% of medical schools had documented content on medical marijuana in the Association of American Medical Colleges Curriculum Inventory, and 85% of 258 surveyed residents and fellows reported having no education about medical marijuana in medical school or residency.2 Presented at a 2017 meeting, a single-site study of 51 resident physicians found that 76% did not know which category marijuana belonged to under the Controlled Substances Act (marijuana is currently categorized as a Schedule I drug, signifying a high potential for abuse and no accepted medical uses), and 38% believed that medical marijuana was a prescription drug approved by the US Food and Drug Administration.3 Other studies indicate that practicing physicians often have limited knowledge about marijuana’s health effects4–6 and want more training.4,7

Part of the reason physicians may feel poorly trained is that many of marijuana’s health effects are not known. Historically, government restrictions have made it difficult to study marijuana, so physicians must rely on limited available research to guide clinical decision making.8 At present, the evidence base is inadequate. More and higher quality research is essential.

Still, given widespread marijuana use among the US public,1 physicians should understand what is known and unknown about marijuana’s health effects. Educating physicians about marijuana should begin early. Medical students may benefit from more dedicated coursework on the biochemical effects, clinical relevance, and legal history of marijuana; this teaching should also identify areas in which evidence is lacking or inconsistent. As an example, students might learn not only that smoking marijuana is associated with chronic cough and phlegm production, but also that many of its respiratory effects, including the risks of secondhand smoke and of chronic respiratory diseases such as asthma, remain under investigation.8,9

Residents and fellows should receive instruction pertinent to their fields. For instance, an anesthesiology resident should learn the evidence on marijuana use in pain management, whereas a gastroenterology fellow should understand marijuana’s potential effects on nausea, and a psychiatry resident should consider the associations between marijuana use and psychosis. Board examinations, such as the United States Medical Licensing Examination steps and medical specialty examinations, are one way to assess trainees for specific competencies, including medical knowledge and clinical skills, related to marijuana.

Continuing medical education (CME) activities and clinical practice guidelines should be regularly updated and widely available. Colorado voters approved a measure in 2000 to legalize medical marijuana. However, a 2011 survey found fewer than 20% of the approximately 500 Colorado family physicians who responded had received information about medical marijuana from CME; 92% of respondents agreed that primary care physicians should have access to medical marijuana–related CME.7 A 2016 study of medical marijuana programs in 23 states and the District of Columbia found that only Maryland, Massachusetts, and New York required state-based physician certification to recommend medical marijuana10; expanding these kinds of training might also improve physicians’ knowledge.

These days, I find myself reading new studies about the health effects of marijuana products, attending grand rounds on medical marijuana, and absorbing tips from clinicians who have more experience related to marijuana and patient care than I do. Still, I suspect that talking with patients about marijuana use and what it means to them will continue to teach me the most. I take more careful histories with teenagers and patients who have conditions such as chronic pain, insomnia, or psychosis, in which marijuana use may be overlooked but relevant. I counsel patients about marijuana-related topics that I once knew little about, such as the risks of dependence, impaired driving, and high-potency THC products.

Most of my medical training around marijuana has been realizing how much I still have to learn.

Back to top
Article Information

Conflict of Interest Disclosures: None reported.