Meet the Flameless Device That Wants to Disrupt Cannabis Vaporizing

[Canniseur: This is a very interesting development in technology. We love research is being performed looking for the safest and most effective consumption method. We need more rocket scientists!]

Back at the start of this year, the Willamette Week reported on a new type of vaporizer that would work with any pipe to make it into a vape.

The seemingly miraculous device at the center of their story was the Ember, a U.S.-made vape by Portland-based Prrl Labs. Created by a former aerospace engineer, it’s essentially a pocket-sized heat gun designed to blast your bowl. The Ember uses convective heat, like a Volcano, passing heated air through the plant material, vaporizing the cannabinoids and other active chemicals in the cannabis. This is different than conductive heat, used in nearly every other vape pen on the market, where the heating element contacts the cannabis or oil directly — which raises the risk of accidental combustion.

Cannabis Now caught up with Josh Winicki, one of the two founders of Prrl Labs, who told us about the process of designing, creating, and launching the Ember.

Winicki is a former economist with the USDA, a researcher with the American Institutes for Research, a teacher at Portland’s Wilson High School and even a competitive gymnast. In a way, it’s thanks to his history as an athlete that Winicki is in the cannabis industry today.

“I have always enjoyed cannabis much more than alcohol,” Winicki says. “With gymnastics, if you come in and you are pushing yourself and you’re not performing your best it can be dangerous.” While many of Winicki’s peers drank to relax and have fun, if he drank he says he suffered dire consequences. “I couldn’t train the next day or two, but with cannabis I was fine.”

Winicki and his co-founder Mark Lewis are both “sensitive to the material components issue,” and they “wanted to have a clean vaping experience.” To do that, they put intense effort into their sourcing of materials. “Mark found a coil from his background in aerospace that is completely non-corrosive and never breaks down,” Winicki says. They use that coil in place of nichrome wire, which research has found actually breaks down and vaporizes. In addition to the coil, the Ember has a screen glued into place which covers its heating element. Winicki says this prevents flower material from blowing into the device and “causes a more even distribution of the heat.”

“The glue in the Ember is heat safe,” Winicki added.

Another step Prrl Labs took to create a safe device is making it themselves in Portland, Oregon, rather than half a world away in Shenzhen, China. “You send something over to China and it’s like a black box,” says Winicki. “You get it back and while it may look really professional, you have no idea what went inside it.”

To Winicki, the Ember is “like a piece of art” and like art, “it’s about the quality.” He says he and Lewis felt the best way to make an artisan vape product was “to keep it more local,” with an in-house operation. However, as of now the Ember itself is an adapter that fits onto a battery pack, the Cuboid Mini, which Winicki says “does come from abroad.” But he says that’s something Prrl Labs is already reexamining. “The next product we are working on has the battery inside it, rather than using the Cuboid,” he says.

While the goal is to make the Ember able to fit onto any pipe or bong, for now, the device comes with a customized pipe. The Ember pipe is designed for both bud and concentrates, although Winicki advises that users “put concentrates on a bed of flowers so they don’t gum up the screen.” And if you’re a serious dabber, don’t worry — Winicki says they “already have an accessory with a 14.4 brushed glass attachment to go onto a dab rig.”

As Cannabis Now has reported before, there are many devices on the market being sold as vapes which aren’t actually vaporizing what is inside them. Instead, they heat cannabis material to temperatures well above the point of combustion.

“[We] dug into the temperature settings on other devices and found that all they are really measuring is the resistance in the circuitry rather than the actual temperature,” Winicki says. Basically, this means your inhalation speed can impact the heat applied your cannabis material, because your vape’s setting manipulate power levels rather than exact temperatures.

But the Ember is no exception to this rule, and how quickly you inhale will affect the temperature things are heated to. Winicki says that a “slower draw will cook the bud more, but a faster draw will be a purer vapor draw,” and added that “a very tiny amount of airflow could cause combustion, but no airflow at all should not burn.”

Winicki gave specific tips on how to get the best results from the Ember. “What I tell people is you are going to want to draw in a lot slower than you think,” he says. He also mentioned you can do a “cigar puff” to “pre-heat of all the material,” which means that your first puff will get your bud or dab up to temperature and is not likely to produce a huge cloud. But Winicki says that “by the tenth draw it can be hot enough where you only need like a three-second burst of heat to vape it.”

As of yet, Winicki says Prrl Labs has yet to reap the financial rewards of the Ember, but he remains unbothered.

“We’re not making a whole lot of money on it,” he says, but emphasized that it isn’t about the money, it’s about breaking out from the pack and working to get people “back to the pipe” in a healthier way. “Once you get to experience vaping flower, you can tell the difference in the vapor,” he says.

For the record, I got to try a prototype of an Ember and found that the quality of vapor produced for flower and cold-water hash to be on-par with a home device like a Volcano or a VapeXhale — with some bonus points for portability. Put that in your pipe and vape it!

Meet the Flameless Device That Wants to Disrupt Cannabis Vaporizing was posted on Cannabis Now. 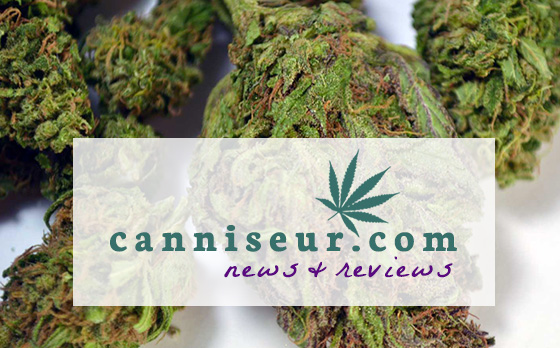 Why Cannabis Businesses Should Care About the #BoycottUline Movement

Original Post: Cannabis Now: Why Cannabis Businesses Should Care About the #BoycottUline Movement

Recently, a new conservative boogeyman (and woman) have been in the news, Liz and Dick Uihlein (pronounced ULine, like the company they founded).

The Uihlein’s were a major driving force behind the recent Supreme Court decision which eviscerated worker’s rights. Their company, which produces boxes and shipping supplies, is also utilized by many cannabis businesses. Like many, you may now be wondering, who are the Uihleins?

When most people think about the pantheon of rich, white, Republican donors, they think about names like Koch, Adelson and Mercer. While those are some of the most widely reported on funders for conservative causes around the country, they are not the only ones. For years the Uihleins have been working in the shadows, while avoiding much of the negative press that has beleaguered their fellow billionaire kingmakers.

While the Uihleins are most well-known for starting the packing and office material supply conglomerate ULine, Dick comes from old money and is an heir to the Schlitz beer fortune. In just this current election cycle, the Uihleins have already spent over $26 million to support more than 60 far-right anti-establishment candidates. In previous years, they backed Roy Moore, even after his sexual misconduct became public knowledge.

As many conservatives now support legal cannabis, it is worth asking, where do the Uihleins stand on cannabis?

“Have the politicians gone mad?” Liz wrote in a 2017 company mailer. “Marijuana… affects your children or grandchildren, who may be busy telling you it’s safer than alcohol. It’s bad news. It remains a gateway drug.”

While Liz did also raise important safety concerns about workers being high and climbing “30 feet in the air to pick products off the shelves,” that is why employers can, and do, drug test their employees, even in states with legal cannabis. That misinformed newsletter was the first public sign of the Uihlein’s private views on cannabis legalization.

The Evergreen Market ran a story last year about ULine’s opposition to legal cannabis, which appears to be the first article to cover the Uihleins views on cannabis and the fact that many marijuana-based companies are still using them as a shipping vendor.  The article ends by proudly announcing that, “The Evergreen Market will be taking its business elsewhere. Specifically to West Coast Paper Solutions, who are local, quick and price competitive.”

But have any other companies followed suit in the year since that article ran? To try and answer that, I reached out to several California-based companies.

I worked at Harborside’s San Jose and Oakland stores for over five years, just leaving that position last April. When I left my job there, they were still buying some materials from ULine. I reached out to Dani Walton, the wholesale and distribution manager at Harborside, to confirm if they still used them or if they had moved on. Walton said they, “rarely use ULine these days and order from other companies like Office Depot and Amazon.”

Longtime activist and the Executive Director of Magnolia Oakland, Debby Goldsberry, confirmed that they are no longer using ULine.

“We used them only until discovering the info about their drug warrior efforts,” Goldsberry said. “Never again! I prefer Give Something Back.”

Erik Smollin, founder of Stuff Stoners Like, said he currently uses ULine, but after learning about their politics, wants to find someone new.

“I use ULine mailing tubes a couple times a week to send out our Periodic Table of Stuff Stoners Like posters,” Smolin said. “After hearing about their anti-cannabis politics and their super conservative agenda, I will definitely be changing suppliers.”

While the #BoycottULine movement has been slow to catch on in the cannabis space, musician, record labels, and other businesses have been shunning ULine since 2016 and earlier.

The Battle For Congress

After Citizens United, money means more than it ever did before when it comes to getting elected, or wrecking an otherwise successful opposition campaign.

Now that primary elections across the country are wrapping up, and the focus has begun to shift to November’s general election, we can expect to see the big money donors coming forward and raining political donations onto the anointed few they have selected to ascend to Congress. It won’t be easy for them, as 2018 has already proven to be a populist year, as seen by the primary victory of the pro-cannabis and anti-ICE Alexandria Ocasio-Cortez over Democratic establishment favorite Representative Joe Crowley, who outspent her nearly 18-1.

That upset victory, and others like it, will have the money people scared, and this year may see some of the most expensive campaigns ever, as incumbents struggle to keep their seats amidst a populist uprising. If cannabis companies want to take a stand against oppressive politics that want to keep their industry down, they can put their money where their mouth is and #BoycottULine.

TELL US, does your company use ULine?

The post Why Cannabis Businesses Should Care About the #BoycottUline Movement appeared first on Cannabis Now.

Why Cannabis Businesses Should Care About the #BoycottUline Movement was posted on Cannabis Now.