Why Can’t We Learn from Lessons in the Recent Past? 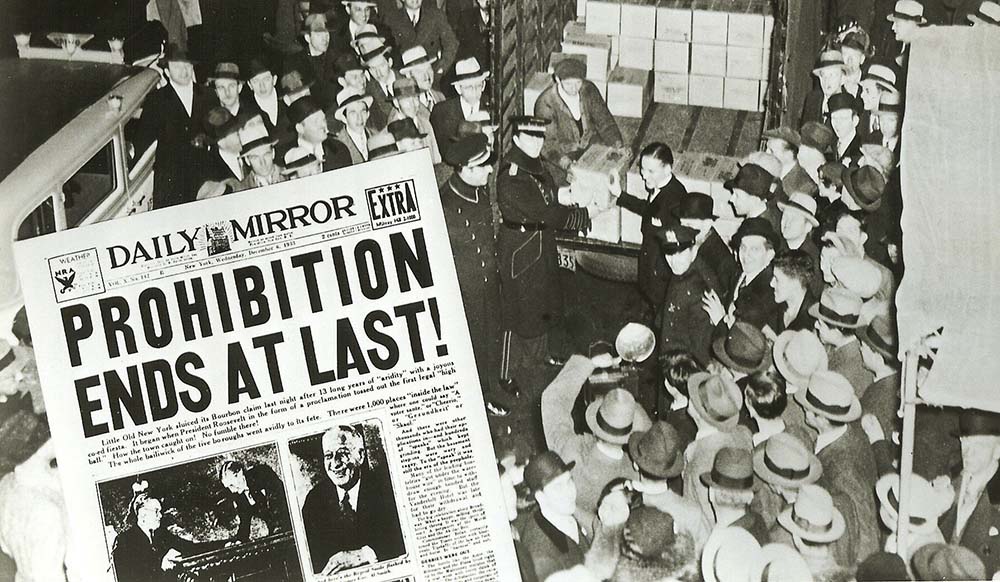 Yesterday, I came across a story by Livia Gershon titled “Legalizing Marijuana: Lessons from the Post-prohibition Era“. This story got me thinking; We’re in an era of legalization or rather the re-legalization of cannabis throughout the U.S. and indeed the world. The patently racist reasons for making cannabis illegal in the first place were ill-grounded, non-scientific and hearsay. This is all the Senate had to go on, but then the Senate was lily-white and didn’t want the “darkies” (in reality, not just African-Americans, but anyone who wasn’t a WASP. Sadly, Ms. Gershon’s article really didn’t display any of the ‘lessons’ we learned in the first 50 years in post-prohibition America.

I worked in the wine industry for more than two decades and while I worked there, we celebrated 50 years since the ratification of the 21st Amendment to the Constitution, which repealed prohibition..nationally. Prohibition was never a good idea. It was the will of a minority being forced on the majority. Alcohol prohibition caused the rise of organized crime and made millions of Americans into criminals. Does this remind you of cannabis prohibition? The 21st Amendment didn’t make alcohol legal, but allowed the states to create frameworks (if they desired) to sell alcohol. Not all states allowed alcohol sales.

The bootleg alcohol industry was so entrenched it took almost 20 years for legal alcohol sales to surpass the continued alcohol sales from bootleggers. In every single cannabis legal state, black market sales far outstrip legal sales. And legal sales are booming. Why?

What Are They Regulating?

Cannabis is not similar to alcohol. But it’s viewed as the same drug by many regulators. It’s not as addictive. It’s not as harmful to our bodies. It has value medically for many conditions. It has value for so many things including fiber for clothing! Cannabis is an amazing plant that humans have taken advantage of for millennia. But what are we actually doing wrong at the state level? We’re simply making it too had to grow and sell.

What we should have learned, but haven’t is that over-regulation simply does not work. If the prices for legal cannabis are higher than the price of black market cannabis, guess who people will buy from? You don’t have to be a rocket scientist to figure that one out. Regulations need to be simple, enforceable, and not overbearing. In many states they are. The barriers to entry into the market need to be about what they are for the alcoholic beverage market as in a package store. They’re not. In many states licenses cost over $100,000!!! That keeps a lot of people out of the market, especially people of color who have borne the brunt of cannabis enforcement over the years.

Who is Regulating the Legal Cannabis Markets

Most of the adult legal states have implemented rules like never before seen in any regulated industry. Not even pharmaceutical drugs. All the legal states (both medical and adult-use) have “seed to sale” regulations to keep track of or try to keep track of each and every seed, plant, and resulting output. Some of the ‘Seed to Sale’ regulations are OK. Not great, but OK. Some are draconian and designed to make it difficult to grow and sell cannabis at a dispensary. This is patently wrong. A wine business analogy would be tracking every cluster of cabernet sauvignon that comes to the press house and tracking it all the way through the bottling process. Impossible to do. And it would put the grape growers and vintners at a huge disadvantage and build unwarranted costs into production.

Who Are These Regulators Anyway?

Regulators are usually appointed by the governor of the state. They may or may not be political appointments of cronies or they may or may not be proponents of legalization (see the story below). Usually, they’re well-meaning people (I’d like to think) that have no grounding in business and/or know nothing about cannabis. They frequently make rules because they ‘think’ they’re the right thing to do to suppress the sale of cannabis. They only have to look at how alcohol is regulated in their state and follow the lead of 80 or so years of prior knowledge. Why can’t we learn from the past? A question I keep asking myself.

Here’s an example of the lack of judgment, often called stupidity, that still exists both in regulators and the citizenry. If cannabis becomes legal in Montana, he’ll probably be the czar of Montana’s cannabis sales regulatory structure. Guest opinion: Reject legalization, commercialization of marijuana This article is full of misinformation, misdirection, and misunderstood facts. Not too different from the politics of today. The problem is that some people believe it. But then, some people will believe damn near anything.