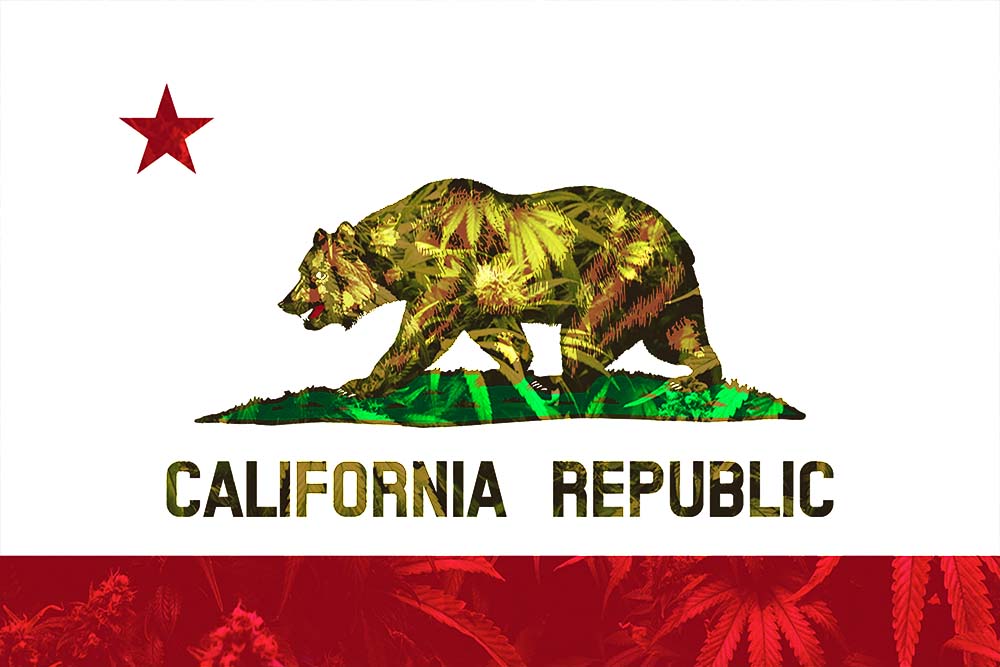 All the states where cannabis is legal report monthly sales. All the states, except one, have had rising sales all year, even during, or especially during, the coronavirus pandemic in the U.S. The one state reporting downward sales at the same time; California. Why? California is the outlier in the states with legal adult-use markets and there appear to be a lot of reasons for this. First the other states.

In Oregon, Illinois, Michigan, Colorado, Washington, and Massetussets are all reporting increased sales during the COVID-19 pandemic. Not California though. They’re reporting a downward trend in sales. Why? For starters, California has some of the highest prices for cannabis in the U.S. This is because the state has some of the highest taxes for cannabis. California counties and communities all have different regulations. Many counties and cities don’t even allow adult-use cannabis stores. Additionally, in about half of California, cannabis just isn’t allowed to be sold because of an opt-out provision in the state law.

Rising sales in some states might be just because of the newness of the adult-use program. Illinois, for instance, has only had legal cannabis sales since the start of 2020. In a situation like that, sales are bound to be rising. The other west coast states, meaning Oregon and Washington, sales have been rising especially during the pandemic. In Colorado, sales have been setting new records every month. In California, they’re going the opposite way. Why?

There seem to be several reasons for this. Much of the bureaucratic turf wars are just plain infighting. Coupled with blind regulatory opaqueness and what appears to be plain old ordinary regulatory incompetence is the fault. Too many regulators want to control the market in greater ways than the alcoholic beverage market is regulated. While it can’t just be pinned on the regulators, regulation and implementation is something that needs to be addressed and addressed quickly.

Oregon and Washington have had their own issues. Oregon let the market open up for everyone who wanted to be a grower or retailer. So there were too many retailers and too many growers. There was a huge oversupply of cannabis products because of this. But…in hindsight…always 20/20…it wasn’t that bad a move and now the cannabis is. The best growers and the best retailers prevailed.

In California, there is a hodge-podge of cities and counties that allow cannabis cultivation and/or retail sales. It’s quite a mess and about 1/2 the population of California doesn’t have ready access to legal weed. Guess where they’re getting their weed? The black market, that’s where. Black market cannabis collects no taxes, is not regulated in any way. It is what it is and the people who buy from black market merchants really have no way to know what they’re getting. The whole situation in California is a hot mess. All the above points to why sales during this COVID-19 crisis are going down in the state.

If you do some simple math, California has about 39 1/2 million total people living in the state and (usually) many visitors. Of the total population, 23 million are over 21. If only 10% of that population consumed cannabis, that would be 2,300,000 people who consume cannabis. We know that the actual number is at least twice or possibly three times that. Let’s stay with twice. So if 5 million people consume cannabis and spend $10 a week for their product, it would annualize at just over $1 billion. That’s billion with a “B”. Compared to Colorado, with 1/5 the population of California has $1.6 Billion in sales last year. Sales in Colorado should pale in comparison to California and obviously they don’t.

What Can California Do?

Obviously. California really needs to get its act together. Regulatory environments need to be open, fair and honest. Tax structures should be modified to face the reality that other states have less expensive cannabis. California also needs to open it’s market to the people who have been exploited when cannabis was illegal;  Minorities and economically disadvantaged peoples need to have opportunities to be included in the market. Then California will move to the forefront of legal cannabis. After all, there is no other state with Humboldt County.