[Canniseur: In time for Jack’s 81st birthday wonderful story about how Jack Herer changed the world we knew as every state had prohibitions in place. Now that’s not the case and Mr. Herer is one the persons we have to thank for this! P.S. Love the strain as well.]

Jack Herer was likely the figure most responsible for the revolution in cannabis consciousness in the 1990s — especially where the industrial applications of hemp are concerned.

Born June 18, 1939, Jack Herer was a cannabis rights activist the author of The Emperor Wears No Clothes, his landmark book calling for the re-scheduling and legalization of cannabis.

As a veteran of the Korean War, Herer was one of the first veterans leading the fight to legalize cannabis, and took the fight all the way to President Reagan himself. Passing away in 2010, Herer never lived to see a single state legalize cannabis for recreational use.

This week marks Herer’s birthday and to honor his legacy, here are four articles that will bring you closer to the legend who fought for the legalization of cannabis for nearly all his life. 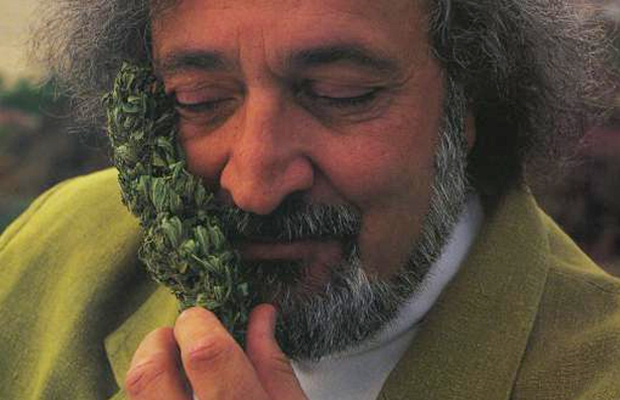 READ: Remembering the Godfather of the Modern Hemp Legalization Movement

Eddy Lepp, a cannabis activist who has been arrested for growing medical marijuana numerous times, remembers his friend and colleague in the cannabis movement, Jack Herer. Lepp gives great insight Herer’s life and paints an accurate image of the cannabis community during the ’70s and ’80s.

This world-renowned strain was named after and bred in honor of the legendary author and cannabis activist, Jack Herer. As one of the industry’s most awarded strains, it’s become a staple for connoisseur smokers and growers alike and is regarded by many as one of the most elite hybrids ever created.

READ: Re-Legalize it? Herer’s Legacy Lives on in Hemp Initiative

The legendary hemp crusader Jack Herer drew up a California ballot initiative for a cannabis economy based on maximum freedom. He did not live to see its passage. But amid growing disillusionment with the Prop 64 legalization model, his heirs believe that in 2020, his hour has posthumously arrived.

Using cannabutter made from the strain Jack Herer, chef Jessica Catalano presents a delicious Butternut Squash Risotto edibles recipe. If you want to get really nerdy in celebrating The Hemperor’s birthday, get your ingredients to make this dish on June 18.

TELL US, did you know Jack Herer’s story?

Celebrating Jack Herer, ‘The Hemperor’ was posted on Cannabis Now.