What Is Blue Dream, and What Makes the Weed Strain So Popular?

Original Post: Merry Jane: What Is Blue Dream, and What Makes the Weed Strain So Popular?

[Canniseur: Blue Dream is one of the best cultivars out there. I’ve had it from four states and depending on the grower, it can vary wildly. But the effect is always a blend of body and mind. Very few cultivars are as constant as Blue Dream although the worst (while still really good) was in Washington and the best from Colorado, although Michigan wasn’t far behind.]

If you smoke weed, then you’ve probably puffed Blue Dream at least once. If you haven’t, trust me: At some point in your cannabis consuming career, you probably will.

Blue Dream, unlike other legendary cannabis strains such as Chem Dog, has no documented history, and, as far as we know, no verifiable oral history, either. There’s no cool story detailing how Blue Dream evolved from seed to icon. According to most sources, Blue Dream likely originated somewhere in Northern California as a cross between a Blueberry plant (a legendary strain in its own right) and a Haze plant (another legend, but not one you see so much these days).

Of course, no one knows for sure if Blue Dream actually came from Blueberry and Haze parents, but it makes for one really catchy — and fitting — strain name.

How to Identify Blue Dream

Genuine Blue Dream buds should be relatively dense and bell-shaped, though smaller ones may come in the popcorn variety. One whiff of it should immediately remind someone of sweet berry or floral notes. Its scent should also carry a little spice, and some cannabis lovers swear they can detect a hint of gas or rubber when they smell its flowers, too.

But where Blue Dream really shines is in its purported heady effects. 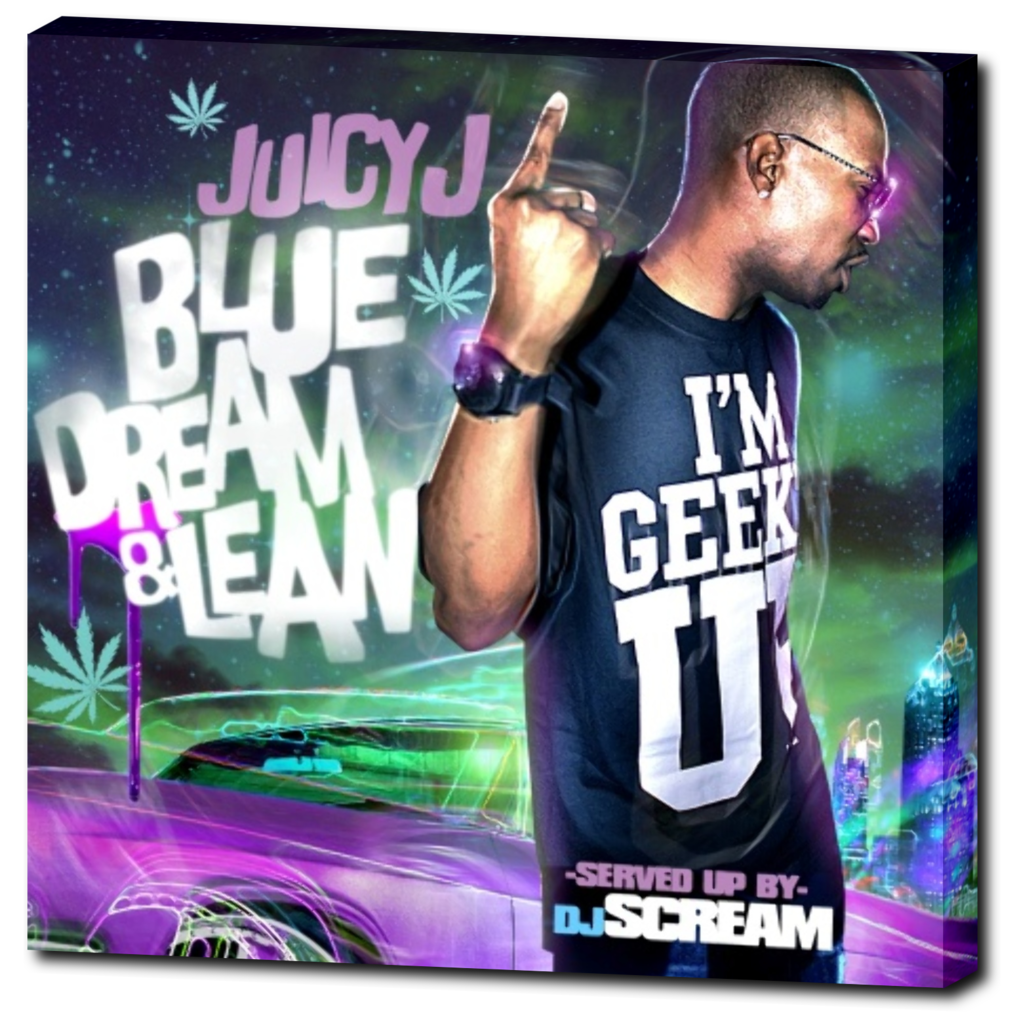 Blue Dream Is Famous for How It Feels

Now, before we jump into this next part, understand that everyone reacts to cannabis differently. What one strain may do for you may not ring true for someone else. Furthermore, the same strain from the same batch of buds can produce varying effects within the same individual, as well.

However, Blue Dream became a staple of the dispensary menu because, to borrow some outdated marketing terms, it blends some of the best aspects of “sativas” and “indicas” into one powerhouse of a plant. Essentially, Blue Dream usually gets people decently lit without knocking them out or turning them into couch-locked zombies.

For instance, Blue Dream reportedly works well at controlling pain and managing anxiety levels, but it provides enough energy to keep most tokers functional throughout the day. And while it can stimulate the munchies, it does so moderately. So, most of its consumers won’t feel the need to gorge on junk food ‘round-the-clock just to feel baseline. (Again, marijuana’s effects are always dose-dependent, so keep that in mind, too.)

Combine Blue Dream’s conservative but highly-beneficial effects with its candied aroma and rich flavors, and you’ve got an MVP strain on your hands.

At one point, Blue Dream boasted the title of Colorado’s most popular strain. From 2015 to sometime around the turn of 2017 to 2018, Blue Dream dominated dispensary and retail weed sales in the Centennial State. (It later lost its most-popular title to Gorilla Glue #4, now known as GG#4.) In fact, Blue Dream was so popular in Colorado that some unscrupulous dispensaries began crossing their Blue Dream plants with other strains to keep up with demand, but they still sold the hybrid as Blue Dream so they could piggyback off its notoriety.

Basically, if you want that chill, half-lidded stoney feeling, but you don’t want to sleep through most of it, seek out some Blue Dream. If you’re unsure if your local pot shop is carrying genuine Blue Dream, bring along an herb-hardened friend who can determine if your batch passes the smell (and smoke) test.

Original Post: Merry Jane: What Is Blue Dream, and What Makes the Weed Strain So Popular?