What It’s Like to Buy Recreational Cannabis in Michigan 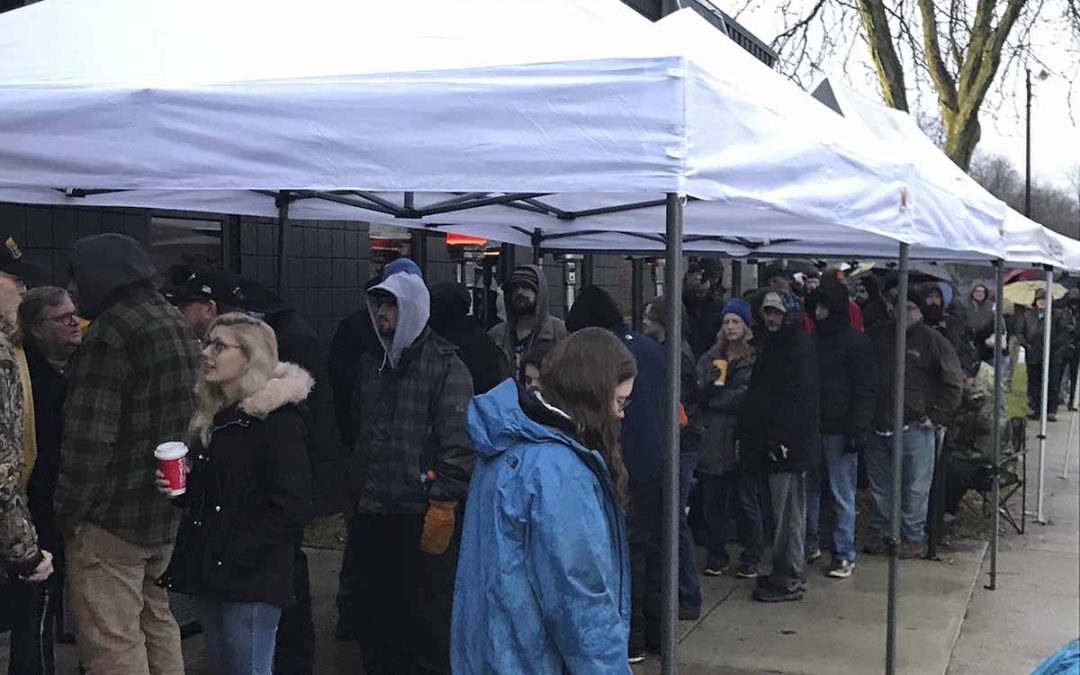 Last Saturday I went to replenish my supply of medical cannabis. It was my first time at a dispensary since the adult-use stores opened in Ann Arbor, Michigan. I like to visit different dispensaries, and today I went to “Exclusive Provisioners” a large dispensary on the south side of Ann Arbor. It’s located in a small office and industrial park. In December, we published a story about the sad state of the Michigan adult-use rollout. I wanted to see what was going on with my own eyes. I was in need of some supplies, so it was an easy thing to do. I was shocked at what I saw.

Saturday dawned. It didn’t exactly dawn it just got lighter…it was about 40 degrees and a hard rain was pelting down. As I turned onto the street where this shop is located, I was astonished to find the street filled with cars on a Saturday morning. This was an office and light industry area! Approaching, I saw there were tents set up. Finding a parking space, I walked toward one of the tents. There were at least 100 people inside and there were about 20 people waiting in line outside, getting very wet.

Medical Gets a Pass

I thought I’d just have to get in line with everyone else. Wrong. “Medical” patients, i.e., those with medical cannabis cards get to bypass the line. Not just at Exclusive, but every dispensary in Michigan. It’s a state regulation. All those people were waiting to buy recreational cannabis!! Holy Smoke!! Literally. 🙂 I couldn’t figure out why so many people were there, standing in the line in the cold rain for weed. But they were. And I got to walk right in. Also, the variety of strains available to me in the store was immeasurably greater than the ‘adult-use’ strains. I had a choice. The recreational customers had almost no choice.

I stayed in the ‘holding’ tent for a while and talked to several people. I was completely surprised at what I found out. All of them were newbies. Two had consumed cannabis in the past, but they were wanting to try it again now that it’s legal. My ‘n’ was small and I was shocked at first, but then realized it makes a certain kind of sense. When cannabis was ‘illegal’ it was; a) harder to find and b) you could get in trouble for using it. So, many people opted out. But now…it’s legal and everyone is wanting to give cannabis consumption a go or another go if they’ve had it long ago.

Cannabis Price Appears to be the Top Priority

While it isn’t surprising to find so many people wanting to experiment with legal cannabis, I discovered most people were interested in the price. As in, finding out what was the least expensive cannabis they could buy. The price of cannabis is the price of cannabis. And yes, there’s an analog in the wine business. In today’s market, Two Buck Chuck and Barefoot dominate sales in groceries and wine stores. The wines sell at decent, but not great margins, but they sell in volume. Why would cannabis be any different? I don’t know what margins are like in this business, but I’m beginning see there’s a lot of room to discount and make deals. And there are lots deals out there.

Michigan: At the End of the Day it’s the Black Market