[Canniseur: Why are bureaucrats always wrong about how much product will be needed for an adult-use cannabis market. This describes what’s going on in each and every state that has legalized cannabis for adult use. When there’s no product in an adult legal state, where does the money go? Why the black market, of course. Are the regulators idiots or just unaware of the consequences of their actions? I do not believe they’re idiots, but in many ways, they’re behaving like they don’t understand what’s going on in their own states.]

It seems that whenever a new recreational cannabis market rolls out, reports of exaggerated lines, product shortages, and store closures never seem to be far behind.

The primary cause of these cannabis shortages is a lack of production capacity, although that in itself is quite vague. Business owners in states that have an existing medical cannabis market often find themselves overwhelmed when it’s time to make the necessary changes required to transition into the recreational scene. These often include additional licensing, which can be financially prohibitive, as well as possibly having to relocate due to certain zoning issues, hire and train new staff, and a number of other changes.

Regardless of the reasons, cannabis shortages put additional stress on business owners and consumers alike. That said, let’s take a closer look at what’s been going on in North America, with Illinois being our key sample area.

The newest recreational program to launch in the United States is Illinois, with legal sales starting on January 1, 2020. Almost immediately, reports of long lines began popping up online, with people claiming to wait hours in cold temperatures as lines to get into dispensaries wrapped around the buildings and through parking lots.

After only one week, many businesses had already run out of cannabis, and these shortages are expected to last six months to a year or more. The reason for this? Despite having planned this launch for quite some time, and despite the fact that cannabis use is becoming increasingly mainstream, Illinois only authorized 21 cultivation centers to supply the state. This is far fewer than most other states with legal cannabis.

This problem was seen in just one month prior in neighboring Michigan, when legal sales opened up on December 1, 2019. The limitations on the number of growers is partially based on the assumption that existing medical growers in both states could supply the new recreational market – although studies from older markets predicted that would not be the case.

For now, some retail owners are delaying recreational sales until they can guarantee a reliable supply, a move that can have a devastating impact on their bottom lines.

The West Coast is home to the largest cannabis market in the world, California, as well as one the first adult-use markets, Washington. The region has a long history with progressive cannabis reform and lenient views on recreational use.

However, that doesn’t mean that these areas are immune to cannabis shortages. The problem hit California when the state changed their laws and required growers and dispensary owners to meet a number of new standards (mostly lab testing and licensing). Reports of increased testing wait times and testing failures caused widespread product shortages. This lasted until labs were able to expand capacity and growers were able to meet the new requirements, which for some meant waiting until their next harvest. 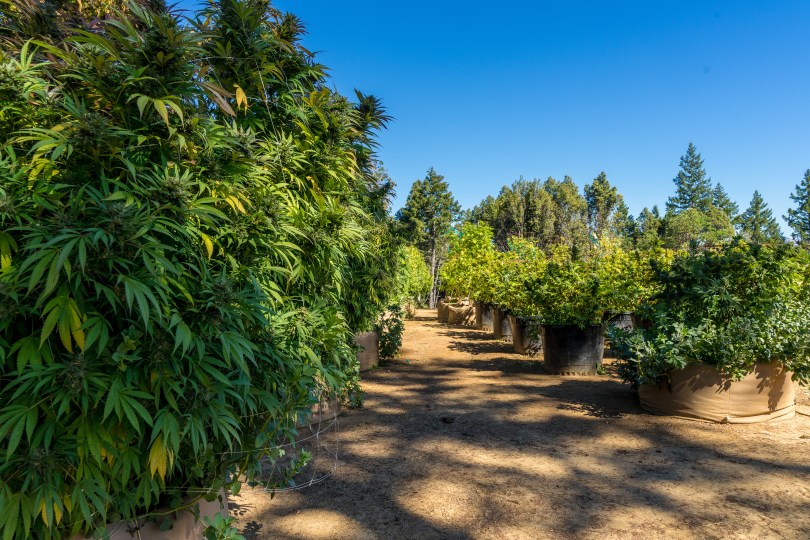 When Washington began selling recreational cannabis in 2014, there were only about 20 stores and 80 growers licensed to serve the entire state. This led to statewide flower shortages and prices skyrocketed as consumers tried to get their hands on the minimal supply that existed.

Many were convinced that Washington’s program had failed, but after a thorough expansion, the state now has 1,100 and close to 500 stores. Prices have been steadily dropping since 2014 and they seem to have leveled out at around $150 for an ounce.

Our neighbors to the North struggled with this dilemma after their October 2018 launch as well, with some stores running out of buds within hours of opening. Also stemming from cultivation issues, the Canadian shortages lasted over a year and are just now beginning to level out.

Many licensed growers ‘over-estimated their ability to produce cannabis at scale’. For example, some may have promised 1,000 kilos but were only able to deliver 200-300 that was good enough quality to sell in dispensaries.

This was a very common problem across the industry as top shelf cannabis – the quality that many consumers have begun to expect – is very difficult to grow to scale. Many also just didn’t expect it to be as popular as it turned out to be. The demand was tremendous and it wasn’t from the anticipated demographic. More women, parents, and elderly people are using cannabis for a variety of different reasons – something officials in Canada were just not ready for. 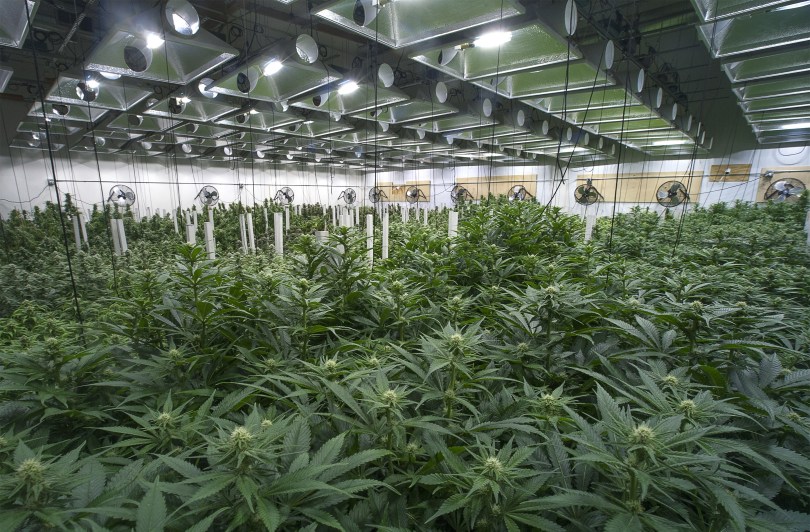 Many supply problems start at the root of the operation

As you may have noticed, most of these delays start at the level of cultivation. Although not necessarily the fault of the growers themselves, there are a lot of factors at play that can make it difficult to produce large amounts of high-quality, legally-compliant flowers.

For example, it took Illinois growers months to get permission to expand their cultivation centers. Many didn’t get their licenses approved until December 23rd, only one week before recreational sales were slated to begin. Experienced growers note that it can take over a year to go through the entire process of getting permits, building or expanding a warehouse, and actually producing a crop.

According to Beau Whitney, senior economist at New Frontier Data, Illinois other new markets aren’t expected to reach full supply for around two years. “You fix it by issuing additional licenses,“ he said. Until then, he added, “look for continued constraints on supply, higher-than-market prices and a robust illicit market.”

Another problem is the amount of space issued to new applicants. Many were limited to only 5,000 square feet of growing space, while existing growers could utilize up to 210,000 square feet. Smaller growing operations – or microgrows – are known to produce much higher quality cannabis. Canndescent in Desert Hot Springs, CA, is one company that’s capitalized on this discovery.

However, farmers wanting to produce larger amounts of boutique-style cannabis should opt for an expansive warehouse broken up into smaller, microgrowing areas. Until then, growers will just have to make do (and get a bit creative) with the limited amount of space the currently have.

Demand for legal cannabis during Illinois’ first recreational week was among the highest of any state, with a total of $20 million worth of product sold in the first 12 days. Even before adult-use sales started on new year’s day, medical cannabis patients were stocking up and buy most if not all of the inventory at local dispensaries, in anticipation for the coming wave of shoppers.

It’s important to note that these inventory shortages only applies to recreational cannabis. Illinois marijuana czar Toi Hutchinson pointed out that dispensaries are required to have a one-month reserve of inventory for medical cannabis patients, to ease their growing concerns about not being able to find the products they want.

To maintain supply and keep the doors open, recreational stores are limiting the amount of cannabis customers can buy each day or week. Take Chicago’s Mission Dispensary, for instance, which imposed a $200 maximum spending limited, broken down to 4.5 grams of edibles, up to 100 milligrams total in edibles, and two vaping cartridges.

One of the chief sponsors of the law, Illinois state Sen. Heather Steans, said these shortages come as no surprise, based on similar patterns in other states. “Hopefully, within six months or a year or two, the supply gets ramped up so you’re not having the same challenges,” Steans said. “There’s an initial burst of excitement from the public, so some of it is the nature of the beast.”

Some people are more optimistic though, like executive director of the Cannabis Business Association of Illinois, Pam Althoff. She expects legal growers to meet demand and level out the market by May. “There’s always bumps with new things, but I think it’s going extraordinarily well,” she said.

Other states that have seen these scarcities, also saw the market regulate fairly quickly – sometimes in just a matter of weeks. Brian Smith, spokesman for the Washington State Liquor and Cannabis Board noted that, “There were a lot of people overreacting to how we got started,” indicated that the problem of shortages wasn’t nearly as bad as the media made it seem.

For now, there isn’t much that can be done to mitigate supply issues, long wait times, and fluctuating prices. For consumers, many would advise shopping on Monday and Tuesday afternoons to avoid wait times, although there’s no guarantee that they will actually find what they’re looking for, even if they get into the shop quickly.

“You definitely get a little grumbling, ‘I waited in line for an hour and all I could buy was this much,’ ” says Kris Krane, co-founder and president of 4Front Ventures. “But most people are just happy they can come into a store and buy legally. They’re willing to abide by these minor pains. People might be more upset three or four months from now (if cannabis shortages continue). But we can’t grow the plants any faster.”