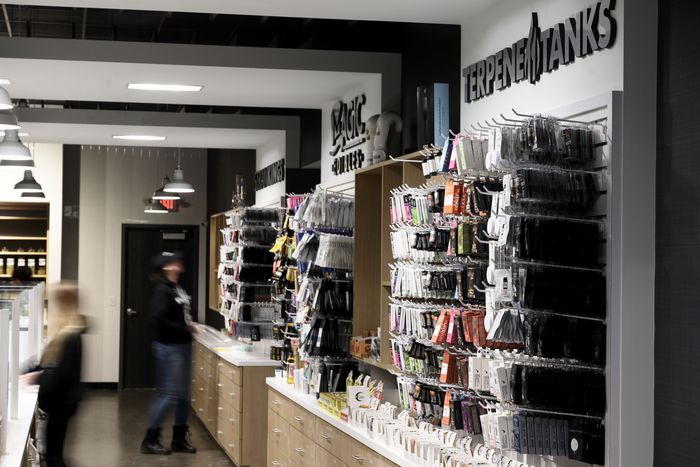 [Canniseur: This is a surprising announcement. We don’t think Michigan has the inventory to supply both medical and adult-use cannabis by December 1st. Even with the big grow houses operating at capacity, there won’t be enough cannabis to go around in the state until at least next March or April. This could be a hot mess as people will still want to use the black market to obtain their flower or whatever. I’m hoping to be proven wrong though.]

Any businesses seeking a recreational license to grow more than 1,000 plants, process or sell recreational marijuana must currently be licensed under the state’s medical marijuana licensing rules.

The state announced existing medically licensed businesses that are pursuing equivalent recreational licenses may transfer up to half their inventory, which is already deemed legal and has been tested for the medical marijuana market, to the recreational side for general sales.

Any finished products currently for sale in medical dispensaries must have been in the business inventory for 30 days or more before being sold to non-medical customers.

“This approach will allow for a transition to the adult use market as we estimate that there will be around a dozen or so licensees who would be eligible on Dec. 1,” Marijuana Regulatory Agency spokesman David Harns said. “Similar to the medical market, we expect it be a slow build out as the production of plants and products increases. This will create an environment where businesses can supply the market as quickly as possible.”

Harns said who the “dozen or so” eligible businesses are “yet to be determined.”

Up to half of the products currently on display in dispensaries across the state, including vaping products, edibles and flower, are likely to soon be made available for purchase by the general public, no longer only to those with a state-issued patient or caretaker medical marijuana card.

Harns said the licensed businesses are being notified of the allowance and will be instructed on how to transfer product properly for tracking under the recreational system.

Originally, state officials said it might require the recreational market to begin from scratch, partially out of fear that a transfer of medical marijuana could create a shortage in that market.

That would have meant no recreational product would become available to the public until after one grow cycle, which would have likely taken until March or April of next year.

Since there is demand for both medical an recreational marijuana, Harns said the state wants to make it possible for both to exist in order to deter growth of a black market.

“We continued to watch how the medical supply was looking and asked ourselves what was the best way to allow access to the adult use market,” Harns said. “By only allowing a transfer of 50%, it will keep production and sales on the medical side moving as well.

“Businesses will make decisions to move products where the demand exists, including the non-flower products that are currently in abundance.”

Omar Hishmeh, who co-owns Exclusive Brands, a company that grows, processes and retails marijuana from its location at 3820 Varsity Dr. in Ann Arbor, said his company’s license application submissions have been approved.

Once news spread that the recreational market would go live on Dec. 1, company leaders called an emergency meeting.

“We’re stoked,” Hishmeh said. “The whole team is stoked. Literally, we just got out of a group meeting with management and retail trying to properly prepare for this so that we’re over-prepared.”