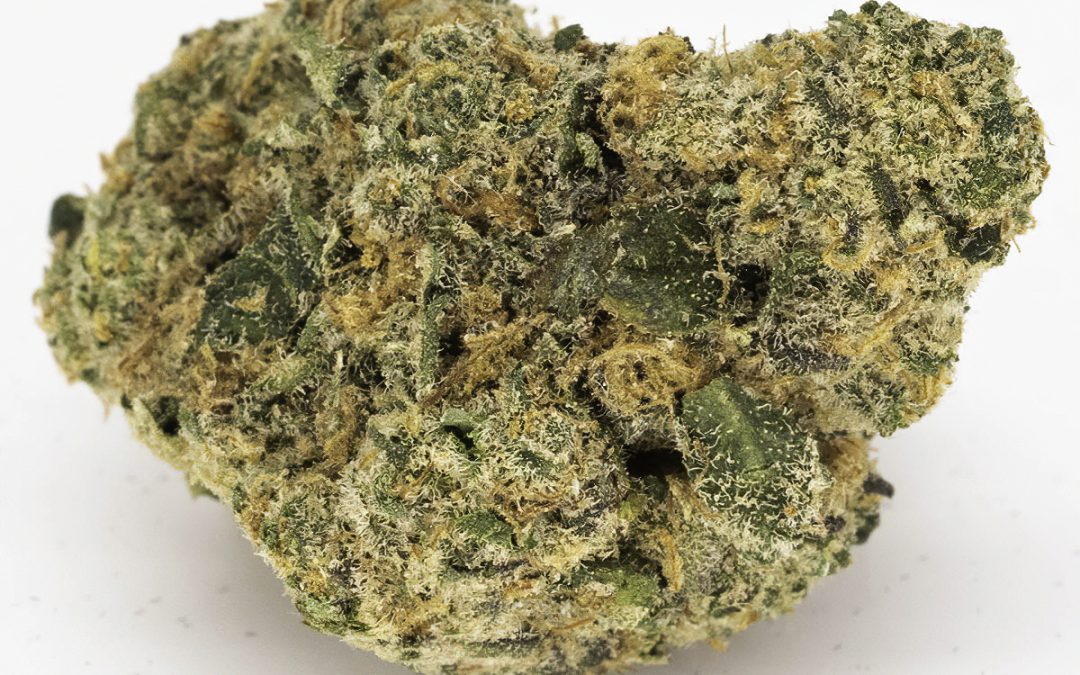 ZuZu #19 is a hybrid strain that was new to me. It was called sativa by the dispensary. And while it did have a good mental effect, there was also a component of body effect. The mental effect was uplifting and open. The body effect was relaxing. It lasted, about 2 hours, but after that, the body effect got a bit heavy. My mind stayed mostly open and alert even as the late body effect began.

I have no idea where the name ZuZu #19 comes from. A web search turned up almost nothing except some other dispensaries listing ZuZu #9 and ZuZu #10. No ZuZu #19 was reported anywhere on line that I could find. 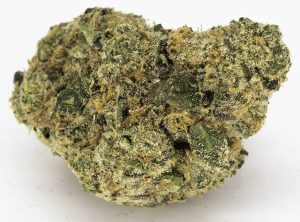 The buds were small, tight, and dense. The dense quality of the buds tells me it was outdoor grown although the dispensary didn’t know. The bud was machine trimmed with a somewhat heavy hand, which is always a bit of a distraction for me. Too much trimming takes away most of the character. In fact, as with most dispensary buds I see these days, they’re trimmed so much that they lose their character. The buds were unevenly frosted with pale orange stigma. In my opinion, this went a little too far on the trim.

The flower some terpenes, but the most notable aroma was garlic…as in garlic cookies. It’s an OK aroma, but I generally don’t care for the smell of garlic in my weed. It’s not one terpene, but several that make up that smell. When it’s in the genetics, it’s unmistakable. It overpowers just about everything else. I do like garlic…in my food. Just not sure I like it in my buds although some people swear by garlic strains (like Garlic Cookies). It’s a personal thing.

While the aromas of this strain had a some garlic in them, there was almost none in the taste, which is fine by me. The taste wasn’t really special, but it was somewhat floral with maybe a bit of pine. The smoke was a bit harsh, but the bud was decently cured. Perhaps it was cured a bit too fast because of the trace of harshness.

ZuZu #19 is mostly sativa. It doesn’t matter if it’s called a hybrid. Garlic cookies is supposed to be ‘indica’ dominant. This wasn’t. There’s a body effect and a mind effect that seem to be distinct from one another. The body effect is relaxing and gives a feeling of well being. The mind effect is an energetic and happy effect. It was very easy and relaxing to laugh, if such a thing is possible. I guess it must be as that’s exactly what it felt like.

The effect started about 5 or 6 minutes after I had a puff. First, my body started to feel relaxed. This would be a great buzz after the gym. As my body started to relax, my mind seemed to sharpen. It wasn’t a hugely focused effect, but it was very pleasant.

I can’t say ZuZu #19 created a truly memorable effect, but it was good. If you like a good combination effect, this is a strain you might really enjoy. If you want something to propel you through a creative day, ZuZu #19 is perhaps not the right strain for you. A light session of 1 or 2 puffs will keep you relaxed for two or three hours. As you move through the effect, you’ll just stay relaxed.