What Is CBG and What Are The Benefits of This Cannabinoid?

Original Post: Merry Jane: What Is CBG and What Are The Benefits of This Cannabinoid?

[Canniseur: I love all the research coming out, but I’m a big fan of holistic medicine. It seems to me isolating carious cannabinoids and finding out their core value is a phase we must travel through. It’s like this is a necessary evil to get to the point where we determine, it’s the whole plant’s medicinal value that matters. Sure maybe we find the strains that are heavy in CBG, but ultimately they probably will work best when the whole plant is consumed.]

If you’ve never heard of cannabigerol, or CBG, you’re not alone. What exactly is this lesser-known cannabinoid, and what makes it special?

Today’s cannabis industry is bursting with acronyms and scientific shorthand that can leave consumers feeling confused. Common parlance allows us to shorten the name of specific cannabinoids, which is why we call tetrahydrocannabinol “THC” and cannabidiol “CBD”. This is definitely a convenient (and necessary) choice, but as the range of cannabinoids we understand continues to expand, it may be difficult to keep them all straight.

If you’ve never heard of cannabigerol or CBG, you’re not alone. CBG is a lesser-known cannabinoid, and any given cannabis plant will likely have far more THC and CBD than CBG in it. Ratios aside, we are beginning to understand what makes CBG special. Before we dive into what makes this type of cannabinoid special, let’s start with a quick science lesson.

What Is CBG? What Makes It Different From THC or CBD?

Despite the fact that CBG often accounts for less than 1% of a plant’s total cannabinoids, both THC and CBD begin as CBGA — the cannabigerolic acid that serves as a parent to a cannabis plant’s three primary cannabinoid lines (THCA, CBDA, and CBCA). As CBGA within the plant is exposed to light and heat, it eventually becomes the two star cannabinoids we know and love: CBD and THC.

Given the above process — in which CBGA is converted into CBD and THC — there is often not much CBG left. Naturally, clever growers and expert horticulturists are experimenting with ways to increase the threshold of CBGA in cannabis plants. As you’ve likely come to understand, each strain produces cannabinoids in different amounts, meaning the right plant paired with varied growing conditions (and a lot of patience) can eventually yield buds rich in CBG.

Some companies have already found success in replicating crops with consistently high yields of CBG. But why are they going to such effort? What’s the value of CBG?

What Are the Benefits of CBG?

In other words, we are biologically endowed with a system that serves as the motherboard for how we process and experience cannabis.

Just as we’ve come to learn that certain terpenes have unique health benefits, the same is true of cannabinoids. With this understanding in mind, researchers have found CBG to be especially beneficial for a range of specific conditions and ailments, including glaucoma.

The old joke used to be that if the cops caught you burning one, you told them you had glaucoma (a group of eye conditions that affect the optic nerve). That’s because glaucoma was one of the first conditions researchers were able to identify as something that could be treated, in part, with cannabis. Studies have found that CBG is especially helpful to glaucoma patients thanks to its status as a vasodilator (aka something that opens or dilates blood vessels).

CBG has also been found — in various stages of study — to provide potential benefit to those suffering from inflammatory bowel disease, Huntington’s disease (in which the brain suffers nerve cell degeneration), and as a tool in the fight against cancer. For obvious reasons, CBG’s value as an anti-cancer agent — Italian researchers found promising data to suggest CBG may be able to block the receptors that lead to cancer cell growth — is likely its greatest attribute.

Need more? The list doesn’t stop there. CBG has also been studied as a way to combat MRSA (a highly contagious bacterial infection), as an appetite stimulant, and as an aid for those suffering from bladder dysfunction disorders. 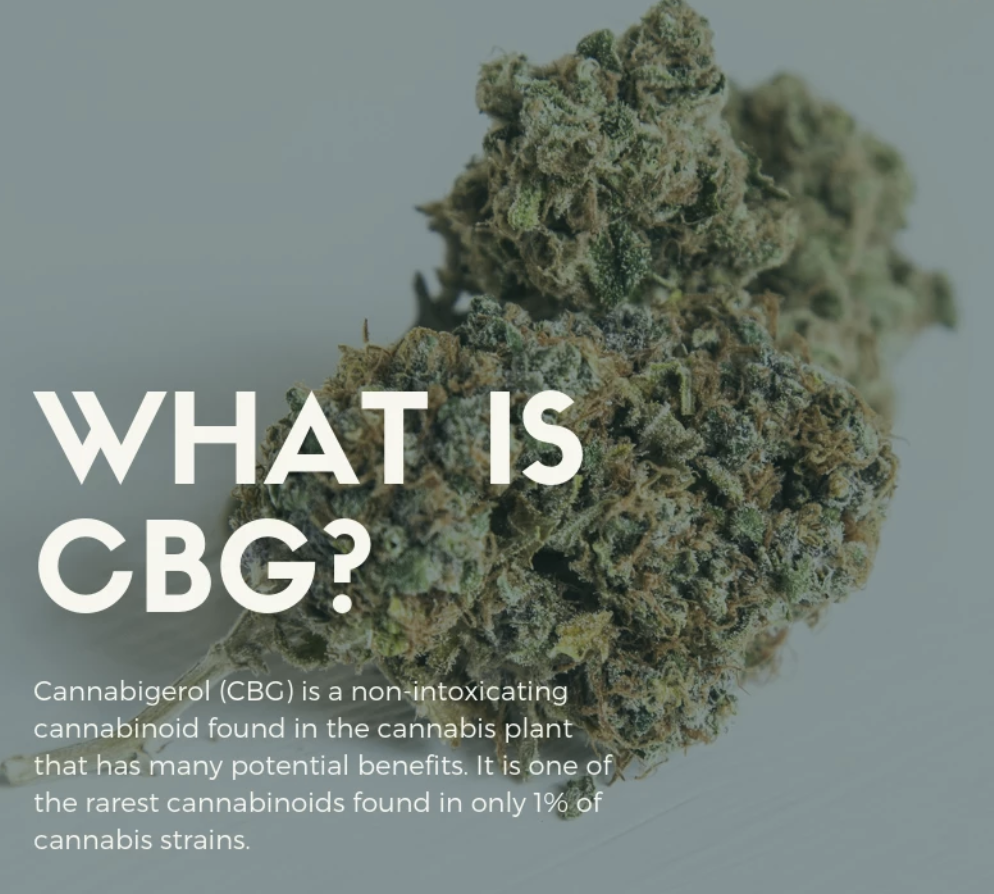 As is the case with mountains of promising research devoted to THC, CBD, and other cannabinoids (as well as studies that take a “whole plant” approach), we need more information. Federal funding in the US is stymied thanks to prohibition and a draconian system that forces seasoned researchers like Dr. Sue Sisley to use insufficient cannabis for their studies.

Fortunately, progress on the national reform front is continuing strong. In the interim, it will be up to researchers in the international community — Israel, Canada, Spain, and Uruguay are all doing amazing work — to pick up America’s slack until we can sort ourselves out. For now, there are CBG-rich strains and products in some legal marketplaces.

If all the research above proves true (and it should), we should also expect to be hearing a lot more about this “minor” cannabinoid in the months and years to come.

Original Post: Merry Jane: What Is CBG and What Are The Benefits of This Cannabinoid?