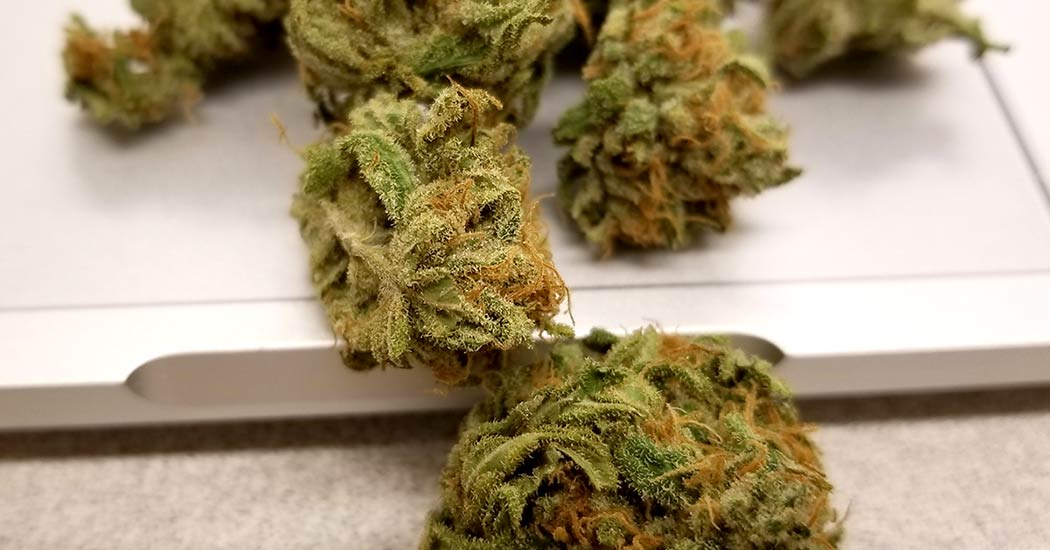 Even if you offered me a million bucks, there’s no way I could articulate a perfect cannabis strain to you; they simply don’t exist. No one strain has everything. Ever. Sometimes I want a light pineapple flavor with a Sativa buzz to send me to the stars. Other times simply bottomless sleep. Maybe it’s pain, a migraine, nausea, or maybe I just decide take down two pizzas; let’s discuss a few…

What Drives Your Cannabis Strain Selection?

Despite aroma coming to my mind first, taste is actually the most interesting for me. An often-overlooked factor, taste requires excellent technical execution during the grow, with good nutrients and more importantly, a proper flush at the end. Nothing sucks worse than having some bitterness on the burn because of a little fertilizer late in the flowering cycle. It ruins many strains for me. Similarly, this can be an absence of flavor depending on the micronutrients or other issues.

Superior Taste of a Cannabis Strain

I remember making a bonsai tree many years ago with a phenotype of Jack Herer, which was very unique in its pineapple flavor and aroma. We had 4 main types going around California at the time, and by now there could be 10 more, but this one was special! This little plant was an absolute wreck to grow and a nightmare to even find. It had tiny buds, took a long time to grow, was sensitive to minor fluctuations in the pH and growing process, yet despite these shortcomings, the flavor was out of this world. The effects were too. It’s the whole package that made it exceptional. But while the effects were great, and the energy high, the flavor that lingered was what made this memorable.

That Jack Herer represents a fine and very expensive wine to savor but did little for pain; that’s where Granddaddy Purple comes in. I know you’re probably thinking to yourself, “hey, that’s old and there are newer and stronger strains”. You’d be right. It’s old, having been around for almost 20 years and there are indeed stronger strains with THC levels over 30%. For me it’s important to define potency as it refers to the desired effects. If I’m in pain, I don’t actually need the THC. I’ll opt for CBD and other cannabinoid compounds and terpenes found in Granddaddy Purps over other strains, because of its overall effect and possible entourage effects.

Cannabis for Gluttony and Self Loathing

We all have those days we want to end early, where everything was terrible, the sky fell, your feet hurt, and you want to release your sorrows for a bit; here comes Trainwreck. Sure, the last time this happened I woke up next to the remains of a medium pizza, 3 cinnabons, and a pint of ice-cream, but who says that’s a bad thing?! It’s like taking a sledgehammer to the face; it’s unwelcomed but it gets the job done. Thinking about it now, I can almost feel the terpenes emanating off of the buds. It’s potent in THC, in terpenes, and often when harvested a little later, CBD and CBN. The flavor is also like a train wreck but no strain is perfect.

Verde has an incredible Super Lemon Haze that nails almost every category at once; incredible flavor, citrus aroma, dense buds, potency that gets my head swimming but still allows me to function and at only $10 a gram, it’s a great deal. At social events, it keeps my energy stays high and allows me to function. In high doses the heady stone seeps into the room, but can also provide laser focus when you end up inadvertently grilling chicken for 25 people. Most of the purple Indicas would put me to sleep, Jack Herer would turn me into mush, and Trainwreck: well I’d probably try to eat all 25 pieces of chicken.

These are only a few of the limitless characteristics and strains I enjoy; and those same strains are going to differ further when they hop from a bong, to a pipe, to a vape. The possibilities are endless. Next time you pick out your next bud, maybe ask yourself, what it is that you’re actually hoping for.