The Best Strains at the Bay Area Cannabis Cup

[Canniseur: You can’t go wrong with any of these strains. Keep current on Cup winners.]

The birthplace of medical marijuana doesn’t slouch when it comes to having the best pot possible on any given day. Because it is the closest urban center to the ancestral homeland of the best marijuana in America (the Emerald Triangle), some of the best cultivators in the world ply their trade on the shores of the San Francisco Bay Area. When the time comes for the locals to show their top phenotypes of the moment grown to the best of their ability, it’s pretty exciting stuff.

As always, I hit every booth and checked out their spreads at the High Times Cannabis Cup in San Francisco’s legendary Cow Palace. All of the cultivators and booths in this collection had zero trash on their table. If I approached a booth and got the slightest hint of poor effort in post-production, I moved on to the next. Perhaps I missed something nice, but the people who grow the best pot in the world couldn’t even fathom putting that grassy-smelling John Deere Lawn Mower Clippings Kush on their table. However, overall, I was impressed with the showing. Here is our rundown on the most flame strains at the 2019 Cannabis Cup in San Francisco.

Diamond Back Genetics — Granpa’s This Is The Sh*t

When I went through my first pass of judging the sungrown entries just going on looks, I was struck at how absolutely stunning this strain looked. (Of course, at the time I didn’t know what strain it was, it was simply labelled Full Sungrown Entry 8.) Amongst some offerings that looked a little dated from last season, this strain had a fantastic visual. The nose took a little coercing to get out, so it wasn’t a pure jar jumper. But once I cracked into a nug, my nostrils were attacked with a sensory overload giving me flashbacks to the best OG Kush experiences of my life. I called it the winner even as it was the first jar I opened, and I was correct. 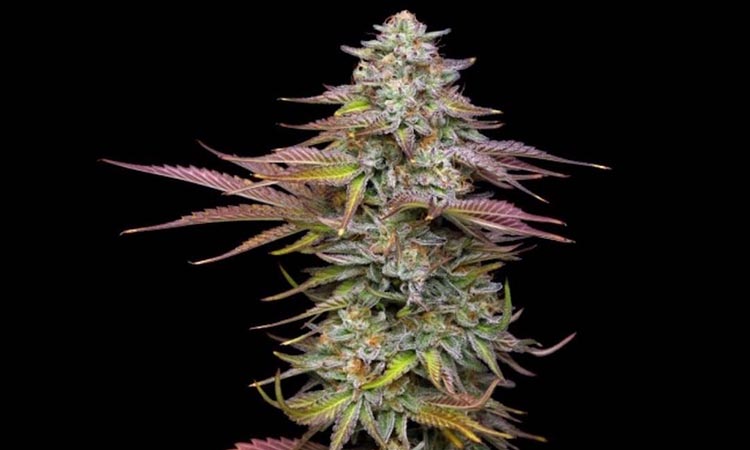 The crew at Str8organics have a wide array of flamage, and while many of their strains may be a bit more exclusive or exotic than the Mendo Breath, I regularly find myself going back to it. As I told the strain’s breeders at Gage Green Group when I interviewed them last year, my absolute favorite rendition of their now uber-popular strain is certainly the light deprivation-grown version coming from Str8organics. It’s basically as good as 92% of the indoor Mendo Breath you’re going to see, without all the emotional baggage of a carbon footprint.

As you know, I love Cherry Punch. After we named it on our Harvest Hype strain list last harvest season, it went on to a podium spot at The Emerald Cup a fe months later. While C.R.A.F.T. made it to the podium four times this weekend at the Bay Area Cannabis Cup, including taking home the Indica Cup, shockingly, none of the accolades were for their Cherry Punch. Make no mistake about it, until proven otherwise, C.R.A.F.T. has the best cut of Cherry Punch on the planet. They previously put out a small batch last fall, and it’s now in full production. People spent a pretty penny on Cherry Punch seeds when they bought the from Symbiotic Genetics at California’s first legal adult-use Cannabis Cup, which led to some less-than-perfect getting out because people simply couldn’t afford to lose the whole pack. The C.R.A.F.T. phenotype is like Brad Pitt’s character in “World War Z” compared to all those other cuts: It will never be infected with the sickness of simply being described as “above average.”

#Blueberrymuffin 🏆 #HighTimesCannabisCupWinner Bred by @thehumboldtseedcompany Procured via @hendrxfarm Grown by us. 💯 People often spout guff about the flavors of cannabis but Nat at the Humboldt Seed Co. really knows his terpenes. It's uncanny, but it literally smells like blueberry muffins! . —– . Review @fogcityflowerfanatic : Blueberry Muffins, cultivated by @sovereign_707 The good people at Sovereign really changed my impression of Blueberry Muffin. I got some a few years ago, and it was pretty midsy. It tasted a little like wood chips, but it smelled wonderful. This one is headstash quality. The flavors are sharp and intense. The fuel flavors hit first, and on the exhale you get (well I’ll be damned!) sweet blueberry. The effects are potent and really enjoyable. Blueberry Muffins has a slightly heavy body effect with a laid-back euphoria. It’s perfect decompression herb. Sovereign took home a silver in the NorCal Cannabis Cup (Indica category) with this. It’s well deserved. . ——– . #Sovereign #WorthyofKings #Designerweed #Mendogrown #Craftcannabis #Cannabisconnoisseur #Flavorchaser #Strainhunters #Weedporn #Topshelf #HighTimes #Highsociety #Indica #Hightimescannabiscup #Dank #Topshelfonly #420 #420life #Weshouldsmoke #FueledbyTHC #Cannabisculture #Cannabiscommunity #Cannabis #Womenincannabis #Terps #Trichomes #Og

Seven Leaves did not travel light to the Bay Area. The Sacramento-based cultivators brought a lovely spread that included BonBon, Biscotti and Vovo. The BonBon was a delightful Gushers phenotype, while the Biscotti pairs Gelato #25 and South Florida OG and the Vovo is a wild GG4 cross named in a manner to prevent future litigation with adhesive companies. All were flame! However, if someone gave me a ticket for a free eighth and I had to pick one of these three strains, I would pick the Vovo.

Obviously, an OG crossed with Zkittlez is going to be banging, and — outside the personal collection of Brandon from 3rd Generation Family, who bred the OZK from Zkittlez and OG Eddy — it’s tough to imagine anyone having a better version than Wonderbrett. We’re expecting a lot of OZK in the not-too-distant future, so don’t be surprised if it makes the Harvest Hype list this year, as enthusiasm around the strain continues to percolate.

With a lineage tracing back to the famed Josh D cut of OG Kush, 3C Farms has been known for producing the absolute heat for years. You may remember that in 2017, their Sasquatch Sap placed second in the mini cannabis competition we held at the National Cannabis Industry Association’s annual conference in Oakland. We love the Sasquatch Sap, but it’s hard to rank it above the Lime Sherbert and Club 33 OG. The Lime Sherbert is like a citrus smoothie with fuel notes, while the Club 33 OG is quintessential SoCal OG Kush grown to peak performance.

The Best Strains at the Bay Area Cannabis Cup was posted on Cannabis Now.