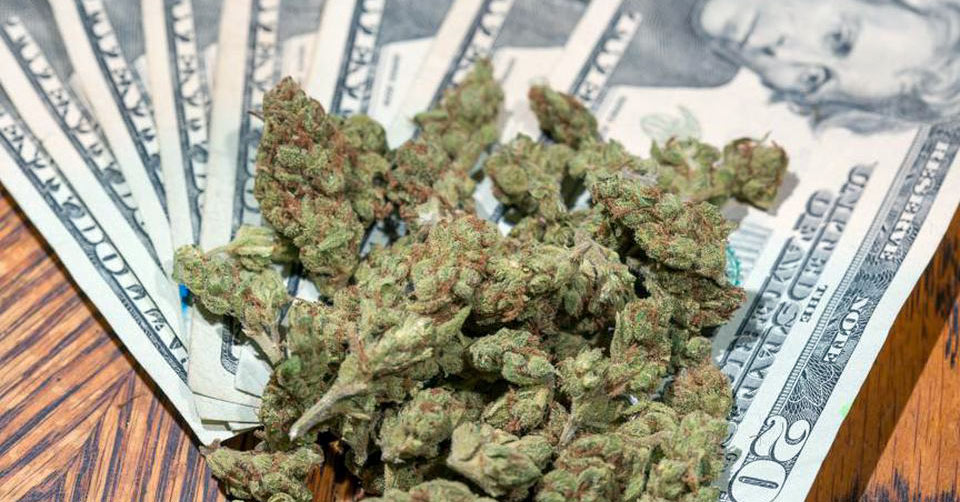 [Canniseur: Great news! We particularly love that this bill includes: “…require the federal government to study diversity and inclusion in the marijuana industry”. The momentum of full cannabis legalization, at least at the State level, is building!]

Following multiple days of lengthy debate and consideration of several amendments, the House Financial Services Committee voted 45 to 15 to advance the legislation to the full body.

Floor action has not yet been scheduled, but cannabis reform advocates are hopeful that the committee approval of the banking bill is a sign Democrats are ready to move broad marijuana reforms this year.

Indeed, House Rules Committee Chairman James McGovern (D-MA) said in a radio interview on Wednesday that he expects the chamber to vote on legislation to end federal marijuana prohibition within a matter of “weeks.”

“We will guide it to the House floor for a vote, which I think it will pass with an overwhelming vote—Democrats and I think a lot of Republicans as well,” he said. “If we have a strong bipartisan vote that will increase the pressure on the Senate to do something.”

All of the party’s major 2020 presidential candidates now support outright legalization, as do a majority of its voters, according to polls.

The banking bill “addresses an urgent public safety concern for legitimate businesses that currently have no recourse but to operate with just cash,” Chairwoman Maxine Waters (D-CA) said at the start of the committee’s proceedings, which began on Tuesday and carried over through a second Wednesday meeting to votes on Thursday morning.

“However, I also consider this bill as part of a holistic approach toward providing criminal justice reform to those who have been harmed by criminalization of marijuana, and should not by any means be the only bill the House takes up on the important issue of cannabis reform,” she said.

While some surveys also show that a smaller majority of GOP voters back ending cannabis prohibition, Republican lawmakers in Congress had blocked marijuana amendments from even being considered over the course of the past several years during their House majority.

Last week, top Republicans on the Financial Services Committee requested that Waters delay the vote on the banking legislation, writing in a letter that they had several “unanswered questions” about the measure.

“Some on my side support the measure as written. Many oppose it,” Rep. Patrick McHenry (R-NC), the panel’s top Republican, said in his opening remarks at the committee meeting. “Most important for this committee, we need to ensure that we’re doing our due diligence before proceeding. One committee hearing is not enough to fully understand the consequences of this bill. It is a massive change in federal policy.”

That the vote went ahead over GOP objections is a sign that the effective marijuana roadblock on Capitol Hill has been lifted by the chamber’s new Democratic majority.

Under the approved bill, federal banking regulators would not be able to punish financial institutions just because they work with marijuana businesses that are legal under state or local laws, or those of an Indian tribe.

Currently, while a growing number of banks are opening accounts for cannabis businesses as more state policies change, many remain reluctant to do so out of fear of violating federal money laundering or drug laws. As a result, many marijuana growers, processors and sellers are forced to operate on a cash-only basis, which can make them targets for robberies.

Legally-authorized cannabis businesses are forced to operate w/ cash only, which sometimes makes them targets for violent criminals. #HR1595, the #SAFEBankingAct will address this issue by creating a safe harbor that allows banks & credit unions to provide services to these biz.

The legislation approved by the committee, the Secure And Fair Enforcement (SAFE) Banking Act, currently has 152 cosponsors—more than a third of the entire House, which is far more support than any previous standalone cannabis bill has earned. Twelve Republicans have cosponsored the legislation.

The SAFE Banking Act’s approval by the financial services panel is only the third time in history that a standalone marijuana reform bill has cleared a congressional committee. Last year, other committees voted to advance legislation encouraging the Department of Veterans Affairs to study medical cannabis and to require the Department of Justice to license additional growers of marijuana for research, but those proposals never made it to the House floor for action.

Read the rest of this story at:
Marijuana Banking Bill Approved By Congressional Committee