The First Marijuana Hearing Of The New Congress Has Been Scheduled 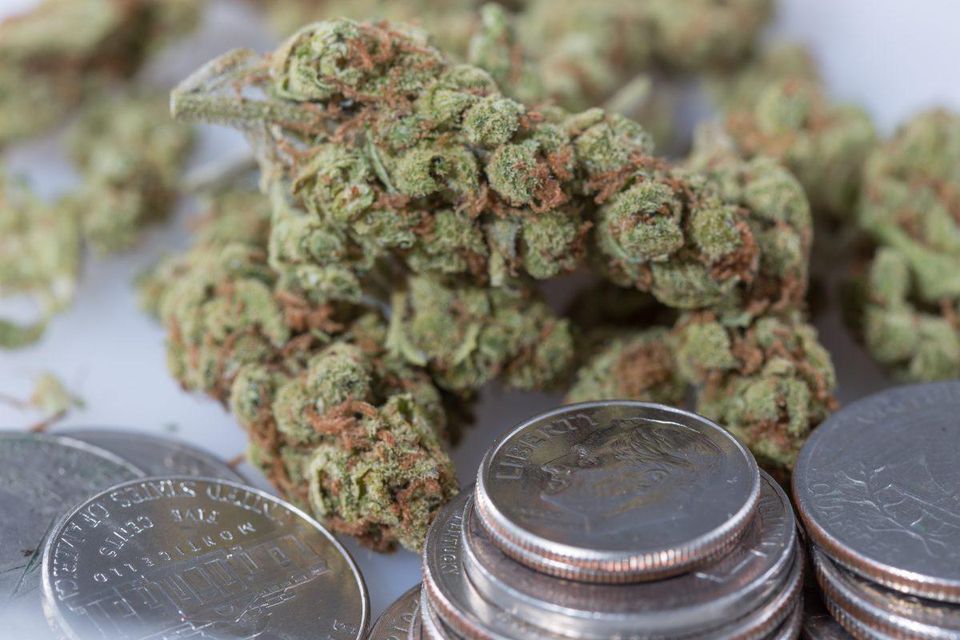 [Editor’s Note: Keeping cannabis businesses out of the Federal banking system is not helping anyone. It’s the sane next step, if the U.S. is truly about protecting its people.]

Congressional Democrats are already moving ahead with plans to consider broad changes to federal marijuana laws in 2019.

Whereas the Republican-controlled House for the past several years had blocked votes on most cannabis-related measures, the chamber’s new Democratic majority on Wednesday announced it has scheduled a hearing for next week to examine the difficulties that marijuana businesses face in opening and maintaining bank accounts.

Titled, “Challenges and Solutions: Access to Banking Services for Cannabis-Related Businesses,” the hearing will take place on February 13 before a subcommittee of the House Financial Services Committee.

Although a growing number of states are moving to legalize marijuana for medical or recreational use, cannabis remains federally prohibited. As a result, and despite a 2014 guidance memo released on the topic by the Obama administration aimed at clearing up the issue, many financial services providers remain reluctant to work with the industry out of fear of violating money laundering or drug laws.

“When we introduced this bill six years ago, we warned that forcing these businesses to deal in cash was threatening public safety. No hearing was given,” Rep. Denny Heck (D-WA) said in an email, referring to marijuana banking legislation he and Rep. Ed Perlmutter (D-CO) have filed for the past several Congresses.

He lamented that Republican leadership didn’t schedule a hearing on the proposal even after a security guard at a Colorado dispensary was killed during a robbery.

“Chairwoman Waters has made it one of her first priorities to address this urgent and overdue issue, demonstrating that she understands the threat to public safety and the need for Congress to act,” Heck said of the committee’s new leader. “We have a bipartisan proposal to allow well-regulated marijuana businesses to handle their money in a way that is safe and effective for law enforcement to track. I am eager to get to the work of refining it and passing it into law.”

That a hearing on the issue was in the works was first noted earlier this week by Politico, and Marijuana Moment reported that the full committee is also actively planning to vote on a marijuana banking bill in the coming months.

The newly scheduled marijuana hearing is a signal that Democrats intend to move cannabis legislation this year, and is likely to be the first in a series of committee-level actions across the House on the issue.

“The upcoming hearing presents a real opportunity for the Democratic Party to assert their leadership by finally beginning the conversation on how we end the failed policy of marijuana criminalization,” Justin Strekal, political director for NORML, said.

While two limited medical cannabis research bills were able to advance out of House committees last year, they never made it to the floor for votes. Meanwhile, Republican leaders consistently prevented members from offering marijuana-related amendments—including ones on banking issues—to larger legislation.

In contrast, Rep. Earl Blumenauer (D-OR) suggested in a memo to party leaders late last year that they pursue a step-by-step approach to legalize marijuana in 2019. His plan recommends that Financial Services and other committees first begin holding hearings on incremental reforms like banking access, research expansion and medical cannabis for military veterans before passing bills on those issues as part of a lead up to ultimately approving broader legislation to formally end federal marijuana prohibition by the end of the year.

A House bill to protect banks from being punished for working with state-legal marijuana businesses that Heck and Perlmutter introduced garnered 95 cosponsors in the last Congress, and 20 senators signed onto a companion bill, but neither were given hearings or brought up for votes.

“Depriving state-legal cannabis businesses of basic banking services and forcing them to operate entirely in cash presents a significant safety risk, not just to those businesses and their employees, but to the public,” Don Murphy, director of federal policies for the Marijuana Policy Project, said in an email. “Support for addressing the cannabis banking problem is strong and bipartisan, and it appears Congress may be ready to adopt a real, commonsense solution. Members concerned about public safety should be jumping at the chance to express their support for this legislation.”

Congress has held only a handful of hearings on marijuana reform issues in recent years, and never before has any come at a time when broad cannabis reform legislation seemed to be conceivably on its way to passage.

“This hearing is historic for cannabis policy reform advocates, business owners and the banking sector, and could directly lead to the first in what is hopefully a series of positive changes in the 2019 legislative cycle,” Morgan Fox, media relations director for the National Cannabis Industry Association, said in an email. “Allowing banks to work with cannabis businesses more easily will benefit public safety, increase transparency, provide more financing options for small businesses and communities that have been targeted by prohibition, and help companies thrive so they can further displace the illicit market.”

Outside of the two committee markups of cannabis research legislation last year, which were not preceded by formal hearings on the relevant issues, Senate panels have on a few occasions held lengthy discussions on marijuana.

In 2013, for example, the Senate Judiciary Committee convened a hearing to dig into the fact that a growing number of states were legalizing marijuana in contrast with federal law.

The Senate Caucus on International Narcotics Control, which is not a formal standing committee of the body, hosted a discussion on federal marijuana enforcement in 2016. Its two cochairs, Sens. Charles Grassley (R-IA) and Dianne Feinstein (D-CA), have long been among Congress’s most vocal opponents of cannabis reform, though Feinstein began to shift her position last year.

Also in 2016, the Senate Judiciary Committee’s Subcommittee on Crime and Terrorism held a hearing on the risks and potential benefits of medical cannabis, but it did not lead to votes on any marijuana legislation.

“I assure you that we don’t want bags of cash,” he said. “We do want to find a solution to make sure that businesses that have large access to cash have a way to get them into a depository institution for it to be safe.”

In a separate hearing Mnuchin revealed that addressing the issue is at the “top of the list” of his concerns.

Federal Reserve Chairman Jerome Powell said that the growing gap between state and federal marijuana laws “puts federally chartered banks in a very difficult situation… It would great if that could be clarified.”

And last month, Comptroller of the Currency Joseph Otting called on Congress to “act at the national level to legalize marijuana if they want those entities involved in that business to utilize the U.S. banking system.”

Meanwhile, although many major financial institutions are staying away from the cannabis industry, federal data does show that an increasing number of banks are beginning to work with marijuana growers, sellers, processors and related businesses.

It hasn’t yet been announced who will be testifying at next week’s cannabis banking hearing before the Consumer Protection and Financial Institutions Subcommittee.

Original Article | Forbes: The First Marijuana Hearing Of The New Congress Has Been Scheduled