New Data Reveals Which Canadian Province Consumes the Most Cannabis 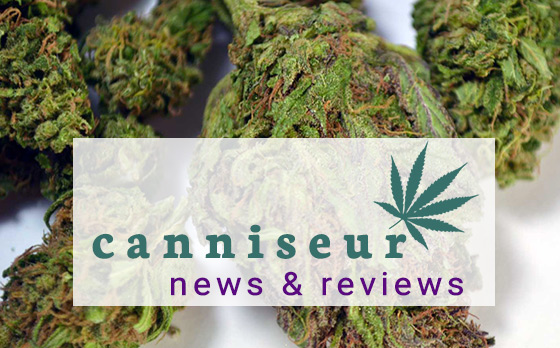 Across the board, Canadians are smoking more weed than ever. But who will be celebrating the most after marijuana become legal this summer? This week, Statistics Canada released new data on which provinces smoke the most weed. Not only is the disparity between the biggest pothead states and the least 420 friendly striking, but the province with the highest marijuana use might surprise you. Here’s a closer look at their findings.

Canadians Spent And Made Billions on Cannabis

Statistics Canada looked at all things weed for 2017. In total, Canadians spent an impressive $5.6 billion on marijuana last year. This includes medical and recreational marijuana. They estimate that 4.9 million Canadians used marijuana in 2017, out of a total population of around 36 million. Supposedly, 10.4 percent of marijuana use was medical marijuana.

This means that the legal marijuana market today excludes a staggering 90 percent of marijuana sales. Once cannabis is legal, producers will have to meet the demands of a massive legal market. Plus, the government will be able to tax 90 percent more product.

However, even prior to legalization, cannabis production is big business. British Columbia accounted for $1.1 billion of the cannabis industry. The second two largest marijuana producers were Quebec and Ontario, with 31 percent and 22.7 percent respectively.

Marijuana exports also increased to over $1 billion. Most of this came from British Columbia and Quebec. Unlike the United Kingdom, which paradoxically bans cannabis consumption but leads the world in exports, Canada will soon produce and consume a massive amount of weed.

Who Consumed The Most Cannabis in 2017?

Judging by production, one would assume that British Columbia, Quebec and Ontario consumed the most weed. However, Nova Scotians lead marijuana use by several grams. On average, Nova Scotians consumed 27.06 grams in 2017.

British Columbia and Alberta are almost tied for runner-up. BC residents used 24.8 grams while consumption in Alberta came to 24.08 grams.

Conrad Barber-Dueck, Chief SNA Analysis and Data Developer for Statistics Canada, explains why these provinces use more marijuana than most. “We know that consumption is sensitive to demographic so younger people, the 18 to 25 age group, are the most likely to consume,” Mr. Barber-Dueck said. “This is one of the reasons why these provinces have higher consumption, certainly in the case of Alberta, which has a fairly young demographic, and Nova Scotia, […] which has many universities.”

These Provinces Used The Least Marijuana

Unsurprisingly, more remote places consumed significantly less cannabis. Use in Nunavut came to 13.62 grams per capita, followed by 15.30 grams in the Northwest Territories and 16.37 grams in Saskatchewan.

Mr. Barber-Dueck clarifies, “If you look at the other side, where people consume the least, it tends to be in more northern locations where probably access to cannabis is not as good. […] Closer to where it’s produced there might be a more consumption.” This is most likely why British Columbia comes in second, plus, Mr. Barber-Dueck adds, “there’s a bit more for culture for that [in the West].”

In most provinces, cannabis consumption hovers between the high teens and low twenties. In Ontario, residents consumed 21.00 grams on average, ahead of Quebec’s 18.49 grams.

Who Bought the Most Medical Marijuana

25.1 percent of Albertans who bought marijuana did so with a medical marijuana card. This was the highest in the nation. Alberta is only the fourth most populous province at about four million people. By comparison, over 13 million people live in Ontario and 8 million in Quebec.

Canadians Are Smoking More Weed Than Ever Before

Statistics Canada used a variety of surveys conducted by their organization and other sources. “We started with a bunch of health-related surveys on drug use, and we got a volume for cannabis consumption over many years,” Mr. Barber-Dueck explains. “These surveys had been done by Statistics Canada and by Health Canada.”

Afterward, Statistics Canada pulled from other questionnaires asking Canadians if they smoked weed, and if so, how much do they spent on it. With these figures, they were able to estimate the value of the cannabis industry.

These findings follow a separate Statistics Canada report that charted the increase in marijuana use, nation-wide. In 2015, 12.3 percent of Canadians over 15 used cannabis. By comparison, in 1985, that figure was at 5.6 percent. This means that in 20 years, cannabis consumption has more than doubled.

Not only do these reports shed light on which provinces will use the most cannabis per capita, but they convey Canada’s growing use, and simultaneously, growing support for cannabis. We’ll have to wait for next year’s report to see how Canadian marijuana legalization and law enforcement impacts individual consumption.